VIDEO: Zambian student in China lynched to death for dating a Chinese woman 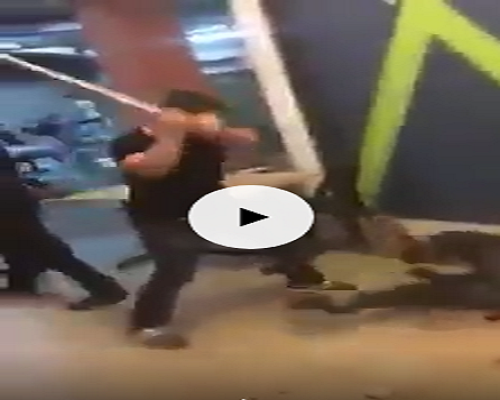 A Zambian student in china met his untimely death after Chinese nationals lynched him death for dating a Chinese woman.

Chrispine Mwale 25, a student studying Civil engineering in China was lynched to death Monday morning after he was found in a woman’s apartment.

It is said that Mr. Mwale spent a night at her girlfriends place after clubing on a Sunday night.

Four Chinese nationals approached the apartment and dragged Mr. Mwale out of the Apartment and started beating him with iron bars and stones until his final breath.

According to an eye witness and a close friend to Mwale, despite him pleading, Chinese men insulted him.

“We went out drinking on a Sunday night as a group. After our drinks we got on a taxi heading to our apartment. On the way Mr. Mwale’s girlfriend said she wanted to spend a night with him. That’s how they left and I was only called by the girlfriend in the morning to come and save my friend” he stated.

“I rushed to the scene and only found four Chinese men beating and insulting him that blacks are not allowed to date their people. They insulted him that African are too poor and they would not allow blacks to be raised in their country. Despite pleading, they hit him with iron bars and stones until his final breath”, a friend said narrated.