Viral video of a baby getting tattooed sparks outrage 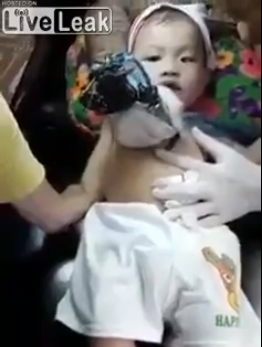 A video has gone viral showing a baby getting tattooed and it has left viewers outraged.

The video, which was reportedly filmed in China, shows a baby getting a large tattoo on the chest while an adult held the child down.

The artist is seen drawing the gigantic tattoo on the child's body but, surprisingly, the child didn't show any signs of distress. 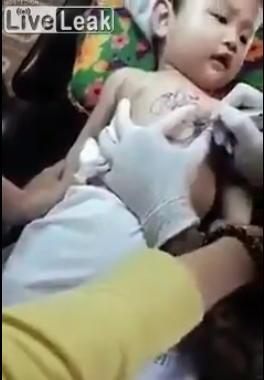 Viewers have said it is just not right to do that to a child and they've called for the arrest of all the adults involved.