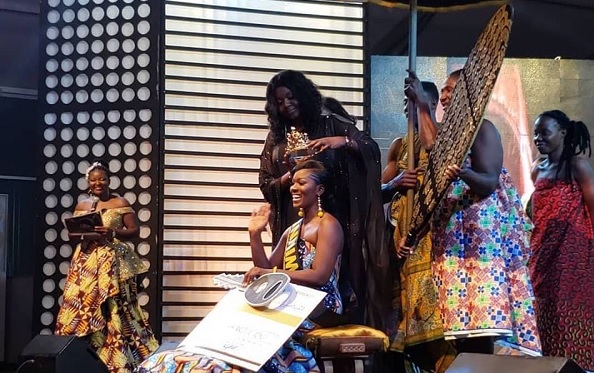 Ekua from Central Region was crowned queen of this year's GMB

Management of TV3 network, a subsidiary of Media General Ghana Limited could be in hot soup if the threat from a Voltarian is anything to go by.

The threat is not limited to only the management but also, the organisers of Ghana's Most Beautiful beauty pageant.

This threat comes in the wake of the crowning of this year's GMB queen.

Apparently, Azalekor Saviour was a staunch supporter of one of the candidates who happened to be the Volta Regional representative, Enam.

However, when the judges' verdict for the winner did not go in the favour of his candidate, Azalekor Saviour could not help but go bitter and issue a stern warning.

Mr. Azalekor who obviously is aggrieved indicated a dreadful god in the Volta region, called nogokpo will hunt down all at TV3 who had a hand in the loss of the crown from Enam.

He feels his candidate was cheated and the loss was to nogokpo and not to Enam so the god was on its way to the Kanda based TV station to deal with all involved.

“I say Nogokpo thunder is on the way coming to you people. You are still not thinking right. Only 3 market days I give TV3

“You people think you do Enam right? It's nogokpo you do, so wait, thunder”, the Facebook comments read. 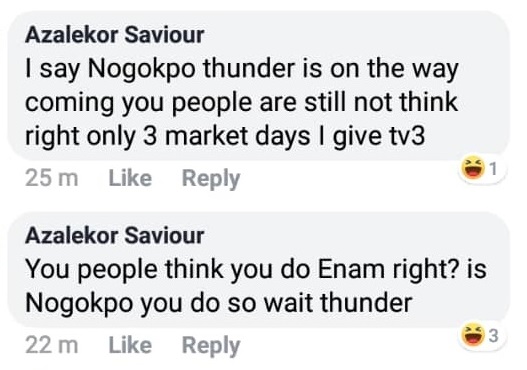 23-year-old entrepreneur, Ekua Mends Bannerman, with stage name Ekua from Central Region was crowned queen of GMB 2019 after 13 weeks of competition packed with entertainment and education.

The event was held at the Grand Arena dome at the Accra International Conference Centre on Sunday, November 12, 2019.