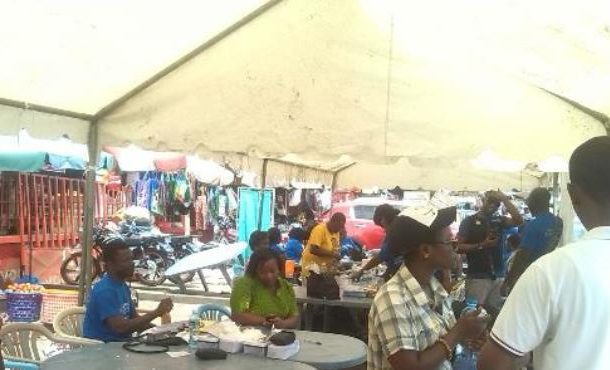 VOSH-GHANA, in conjunction with Rotary Club of Accra West and Rotary Club of Apam, has organised a free eye screening exercise for the people of Gomoa  Eshiem in the Central Region.

The exercise started at 0800 hours with an education on eye health and some symptoms of common eye problems that require medical attention.

A statement signed by Madam Yvonne Asiedu, the President of Rotary Club of Accra West, and copied to the Ghana News Agency in Accra on Thursday said a total of 267 people comprising 44 children and 223 adults were screened.

It said out of the number, 57 of the community members were given eye glasses with 185 receiving medical attention.

“One hundred and forty-eight of them we referred to the nearest health facility for further management and the commonest reason for referral was cataract removal, about three quarters of the adult had a form of cataract,” it said.

According to the statement, the commonest eye conditions seen in the children were allergic conjunctivitis and among the elderly was cataract.

It said: “Dry eyes and refractive error was the second highest in the adults and Children.”

It noted that the major challenge the three groups encountered was that most of the people referred were hesitant to go to the referral centre due to financial challenges.

“Majority of the adults are farmers and it is not uncommon to have some of them presenting with blindness as a result of corneal opacity.

“This condition is usually as result of corneal ulcer contracted while working on the farm that are not properly treated, which ends up in complications that cause blindness,” the statement said.

It noted that six doctors and 24 Optometry students from the Kwame Nkrumah University of Science and Technology gave medical attention to the adults and children who were screened.

The statement quoted Madam Aseidu as saying: “The opportunity exist for Rotary or Rotarians to sustain this humanitarian gesture by advocating an eye–care professional or sponsor to train a community nurse at the local health centre who can provide emergency first aid and refer appropriately so as to help prevent avoidable blindness.

“The programme was successful and a lot of lives were touched positively to fulfill the humanitarian goals of Rotary Club and VOSH International,” it said.

Gomoa  Eshiem is a small community settlement with a population of about two thousand. The town is about 28 miles from the District Capital.

VOSH Ghana is an international non-governmental organisation that is involved in eye care.