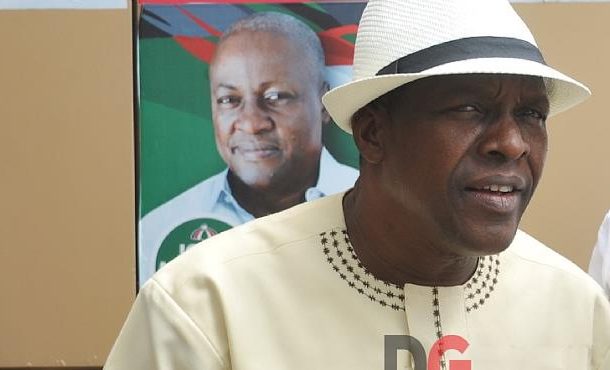 The majority leader in Parliament, Alban Bagbin, has mocked the new idea of the flagbearer of the opposition New Patriotic Party (NPP), Nana Akufo-Addo to provide dams for villages in Northern Ghana if given power on December 7.

Nana Addo during a campaign tour of the Upper East regional capital, Bolgatanga, promised to establish a dam in every village in the northern part of Ghana to boost agriculture through a well-planned irrigation policy.

“One Village One Dam” will make Ghana crop all year round and eventually become a net exporter of most foodstuff, Nana Addo told traditional rulers in Bolga. Some policy analysts and government communicators have expressed doubt about the pledge, accusing the opposition leader of trying to gain an illicit advantage by making infeasible promises to voters.

In an overt jibe towards Nana Addo, the long serving legislator made unsavory fun of the policy, promising to also provide ‘kenkey and fish’ for every electorate if voted to power.

“Let me promise you, I am promising all of you that when you vote for me, every day, I will give you Kenkey and fish,” Mr Bagbin told the jubilant crowd.

Elephant means destruction
Mr. Bagbin who was speaking in Tamale at the campaign launch of the Tamale South Constituency played up the infrastructure built by the NDC government and appealed to the electorate to reject the elephant party because it symbolizes destruction.

He revealed that the party has set a target of getting two thirds members of parliament this year and urged the constituents to add up efforts towards its achievement.