WA All Stars are not true champions - Cioaba 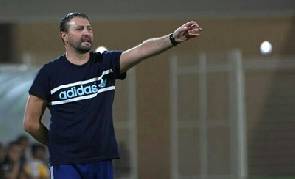 Coach of Aduana Stars, Aristica Cioaba thinks 2015/16 League champions; WA All Stars are not real winners as a result of the bad officiating in their penultimate match on Wednesday.

Two penalties were awarded against Aduana during play leading to a temporal boycott of the game but was later continued, with the game ending 2-1 in favour of WA All Stars.

The historic feat will see the Northern champions represent the country in next year’s CAF Champions League but Cioaba thinks otherwise.

“I am in Ghana to develop football but what I saw is the worse ever in Association football refereeing.

"By the way, congratulations but to award these two penalties for the champions, then we wish them well in their journey in the Champions league,” he told Starr Sports.

With one remaining match to go, the Blues have 51-points with Aduana placed second with 48-points.