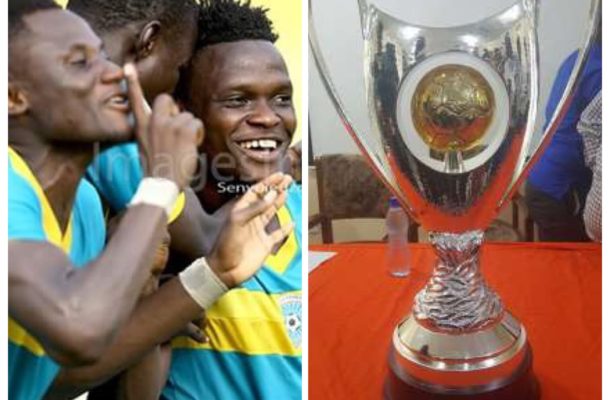 With a game in hand,Wa All Stars have completed one of the most remarkable stories in the history of Ghana football by winning the Ghana Premier League title.

Written off as relegation or middle table candidates at the start of the season when the bookmakers and pundits tipped defending champs Ashgold, former champions Kotoko, Hearts and Aduana as contenders, outsiders Wa All Stars have been crowned champions.

They secured the first top-flight title in the club’s history after they defeated Aduana on Wednesday midweek league game.

Aduana had to win at the Malik Jabir stadium at Wa to extend the title race after being joint leaders on the log but lost 2-1, handing Enos Adepa' side the ultimate prize.

General Manager of Wa All Stars, Seth Panwun, singled out the trainer for praise after he led them to top spot at the end of the first round.

"Our marriage with Enos Adepa Kwame has been superb so far. His approach to the game has been fantastic not forgetting his natural enthusiasm for his work," Panwun said at the time.
'His scientific and analytical approach is his key asset and it is only fair that we acknowledge his positive impact in the life of the young players he is grooming so far".
Adepa went about the job of transforming Wa All Stars into title challengers, only admitting that they were in the race four matches before the end of the season.

He changed their targets step by step, qualifying for Africa and now the final box – doing the unthinkable and winning the league.

Plenty more club records have been equalled, set and shattered along the way but for now there is just one fact that matters- Wa All Stars are the 2015/16 Premier League Champions.