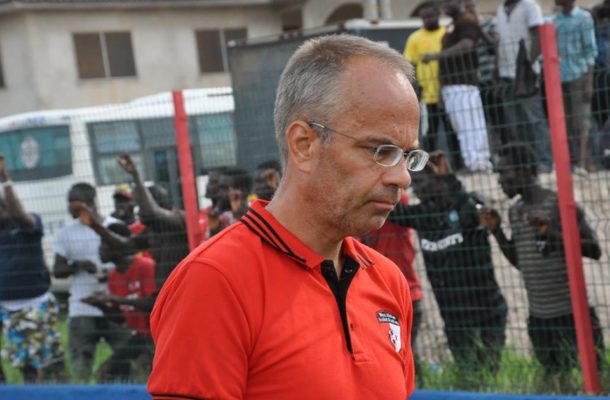 Ghana Premier League side WAFA SC have confirmed coach Klavs Rasmussen has resigned from his post.

The Danish trainer is said to have tendered in his letter after the team's 1-1 draw with AshantiGold at home last Wednesday.

A statement on the club's social media accounts read: ''We wish to inform you that our coach Klavs Rasmussen has resigned from WAFA SC to attend to a some pressing family issues.

''We thank him for the work he has done for WAFA and wish him all the best in his future endeavours.''

WAFA had gone five matches without a win including four straight defeats.