WATCH: Disturbing video of how US-based Ghanaian was shot dead 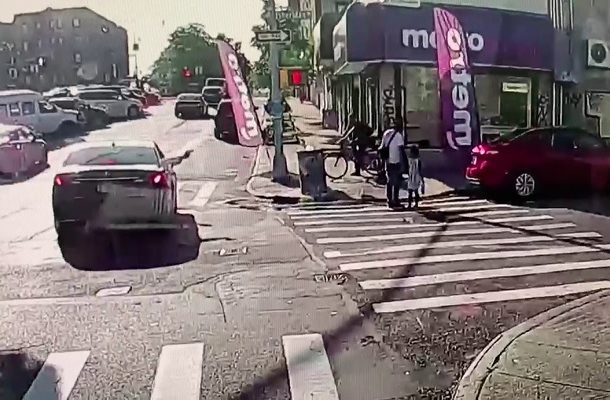 A disturbing video of how United States-based Ghanaian was shot to death has surfaced online.

In the video, the deceased is seen crossing a road using the Zebra while holding the hand of a little girl believe to be his daughter.

However, an unlicensed saloon car suddenly surfaces. The first passenger pulls a gun and opened fire on the man from behind, killing him instantly.

Although the assailants are unknown, it is also unclear what led to the Ghanaian being shot to death in broad daylight.

According to Think News Online, the deceased's name was only given as Papa Yaw and was the son of Aunty Ama, owner of a popular trading centre, My choice African.

Watch the shooting incident below: