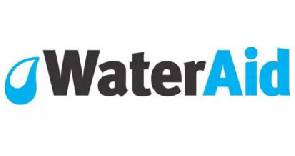 Approximately 19,000 Ghanaians, including 5,100 children under 5 years die each year from diarrhea due to lack of access to safe water and sanitation facilities in the country, according to WaterAid Ghana.

Thus the "Water, Sanitation and Hygiene" (WASH) initiative by WaterAid has called for effective national policy outlook on the need to ensure that water, sanitation and hygiene is integrated into political party policies and programmes.

According to the Acting Country Director of WaterAid Ghana, Ms Antoinette Shor-Anyawoe, looking at the issue of sanitation should go beyond making campaign promises by political actors and rather focus on plan and policy delivery timelines.

She was addressing participants at a one day reflections workshop on WASH in National elections on Wednesday in Accra.

She said water and sanitation is a critical national issue but collaborations with government have not yielded much results.

In that regard, she said, there was a need for political actors to demonstrate stronger commitment backed by visible and concrete actions in getting the requisite human resources for relevant agencies when they win elections.

Dr Chaka Uzondu, Acting Head of Policy Campaign of WaterAid Ghana, observed that Ghana's most essential national resource is its people, therefore efforts should be channeled towards building a healthy nation. He noted that inability to effectively deal with infections such as cholera and diarrhea which are linked to poor environmental conditions will have long term repercussions to national development.

He explained that failure to address such fundamental health issues poses a key challenge to all political parties seeking the peoples’ mandate to govern the country, adding also that WASH is a national issue and should be a key political campaign message.

He emphasized that manifestos and policies should have a clear linkage to water, hygiene and sanitation and consequently called for a collective action and strengthening of political parties understanding of WASH programmes in order to develop realistic and actionable plans towards its implementation.

WASH policy expert, Mr Abdul Nashir said although there is abundance of policies, strategies and programmes amongst certain key institutions in the country, the challenge still remains the implementation of these policies by government and its relevant stakeholders.

He said challenges like delayed budget allocations and lack of funding streams, pose enormous health implications because the economic growth of a country is tied to the health of its human resources. He added that active leadership roles should form part of the development process and challenged political parties to make firm commitment to programmes and to make sure such commitments are fulfilled.

He said the NDC government was already working in the areas of provision of potable water in specific parts of the country that previously lacked access to water. According to him the primary health of the Ghanaian is a priority to government and will therefore relay WASH recommendations to the leadership of the party.

“It is necessary that political parties find a way to document some of these issues. If we say we are working for the people then we must have the people at heart. It’s not just about what we eat and drink,” Mr. Asante, who is also the Communications Director of the NDC, added.

Mr John Benjamin Daniels, a central committee member of the Convention Peoples Party was of the view that early release of funds to the district assembly common fund will help mitigate the problems faced by the assemblies at the community level. He also called for a deepening of public understanding of water and sanitation related diseases. He reiterated the need for a collaborative approach between government and key agencies in the attainment of the Sustainable Development Goals target for the country, adding that it will go a long way to improve our health reputation in the international community