How waterproof are the iPhone 7, Samsung Galaxy S7 and smartwatches? 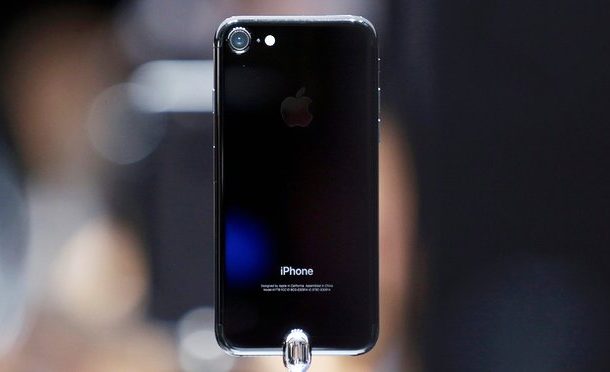 Apple launched the iPhone 7 on Wednesday, the first of its waterproof devices, which joins a collection of similar water resistant smartphones from Samsung’s Galaxy S7 to Sony’s Xperia XZ. But just how waterproof is “waterproof”?

How waterproof is it?
Waterproof, water resistant and splash resistant may have meant something once, but their meanings have been blurred into marketing speak.

Broadly speaking, if it’s waterproof or water resistant, a dunk in the toilet isn’t going to kill the phone. But along with the marketing messages should be what’s called an IP rating – a number that donates the level of water and dustproofing to the IEC standard 60529.

What do the IP ratings mean? 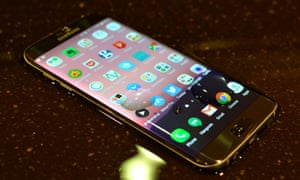 galaxy s7 edge
Splashes, submersions and water jets - it’s all about pressure. Photograph: Samuel Gibbs for the Guardian
International Protection Marking, or IP Code, consists of two numbers. The first marks how resistant to dust getting it into the inner workings of the device, the second how resistant to water ingress it is.

Typically written as IP67 or similar, there are various levels of resistance typically marked by a depth and time rating for water, and size of particles for dust.

4 = particles great than 1mm in width
5 = prevention of dust interfering with satisfactory operation
6 = no ingress of dust at all for at least eight hours
For water: 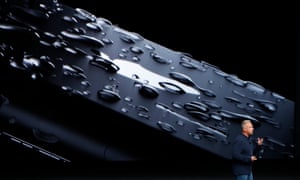 iphone 7
Facebook Twitter Pinterest
Water and phones now mixes slightly better than it used to. Photograph: Stephen Lam/Getty Images
The iPhone 7 and 7 Plus are rated to IP67 standards, marked at 1m of fresh water for 30 minutes. Samsung’s latest top-end smartphones the Galaxy S7, S7 Edge and the troubled Note 7 are rated to IP68 standards, and so are technically more protected against water ingress.

Sony’s Xperia Z line, launched in 2013, was one of the first widely available top-end handsets that claimed to be waterproof with an IP57 rating at 1m depth for 30 minutes. Sony’s latest range feature waterproof models including the Xperia XZ that is waterproof to IP68 standards.

To muddy the water a little, there are also water resistant nano coatings that can be applied to smartphones. Motorola’s initial Moto G models were a good example; the nano coating meant that accidental spills wouldn’t ruin the phone. Water might get into the phone, but it wouldn’t destroy the electronics if dealt with quickly.

Can I go swimming with them?
Yes, and no. When something is rated to IP67 standards what it really means is that a device will resist water ingress up to the pressure of being stationary under 1m of water for 30 minutes. IP68 is rated at a higher pressure, but is dependent on the testing. It could only be a slightly higher pressure equivalent to that of being stationary under 1.5m depth of water for 30 minutes.

When moving through the water or impacting with it, say when you jump into a pool, the pressure can be a lot higher than simply being immersed in it. It might survive, but it also might break a seal, and at that point it’s probably game over for your £600+ smartphone.

What about watches, they’re waterproof, right?
Before electronics ventured into the water, watches were the gold-standard for waterproofing. From the simple “water resistant” watches that didn’t mind a splash when washing your hands, to diving watches capable of surviving in depths of 100m or more.

While 50 or 100m under water might seem a bit extreme for most, it means that the seals on the watch will resist relatively high pressures and pretty much anything that your average person gets subjected to on a day-to-day basis.

As Apple’s chief operating officer, Jeff Williams, put it when talking about the new Apple Watch series 2 that’s waterproof to 50m depth: “You can wear it whether you’re swimming, surfing or just doing the occasional cannon ball.”

And smartwatches, fitness trackers?
apple watch series 2
Facebook Twitter Pinterest
Apple says you can swim with its new Watch series 2. Photograph: Xinhua/REX/Shutterstock
Most smartwatches are waterproof to some extent. Apple’s new Watch series 2 is rated to depths of 50m, but many others, including the Android Wear-powered Huawei Watch are only rated to IP67 standards.

Is it covered under warranty?
This is where waterproofing becomes tricky. Some manufacturers guarantee some of their products against water ingress, but normally only if there are no signs of other damage. Impacts and other shocks can break seals and then it’s game over.

Others simply don’t cover water damage under warranty, despite IP ratings. Neither Apple’s iPhone 7 nor Samsung’s Galaxy S7 are covered as standard for water damage. So while it’s meant to be waterproof, if it’s not, it’s your fault.