We ain't going to opposition over Agyapa deal — Okyem Aboagye 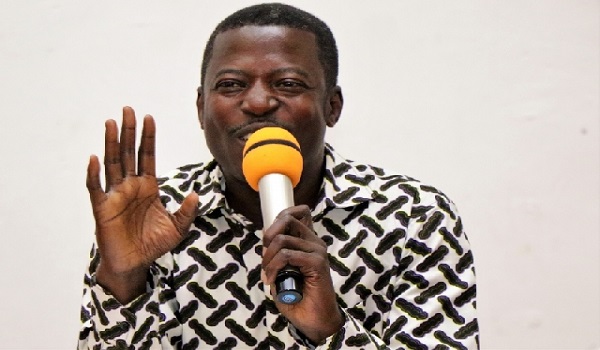 Government Spokesperson on Finance and Member of Parliament (MP) for the Bantama Constituency, Hon Daniel Okyem Aboagye, has said with the benefits to be derived from the Agyapa Royalties deal by Ghanaians, there is no way it could land the party in opposition.

According to him, Ghanaians will only vote for the New Patriotic Party (NPP) based on developmental projects it has made without considering the Agyapa deal.

Government Spokesperson on Finance and Member of Parliament (MP) for Bantama Constituency Mr Daniel Okyem Aboagye has said with the benefits to be derived from the Agyapa Royalties deal by Ghanaians, there is no way it could land the party in opposition.

According to him, Ghanaians will only vote for the New Patriotic Party (NPP) based on developmental projects it has made without considering the Agyapa deal.

Mr Okyem Aboagye made this declaration in an interview with the GBC radio programme Behind the New monitored by MyNewsGH.com Tuesday.

The MP for Bantama said “Ghanaians are going to vote based on performance. Because if you compare NDC to the NPP they are not comparable except that we have to go to the same Ghanaians for a vote. Because we are talking about a situation when GDP growth dropped when inflation was in the upper numbers during NDC era.”

“But until we got to COVID-19 inflation was about 7. 9 %. The deficit was low, the economy was stabilized, social intervention programmes were active and are working properly”, he added

Meanwhile, many Civil Society Organizations (CSOs) have said that the deal will short-change the country.

But Mr Okyem Aboagye insisted describing the deal as a smart way of trying to leverage the country’s mineral resources for government developmental agenda hence he finds it difficult why the opposition continues to make much noise about a clean deal.

“Unfortunately for me, our friends in opposition will complain about everything. They (NDC) have forgotten that the principle behind Agyapa is similar to what they did with road fund. When they borrowed about 1.5 billion from UBA at the rate of about 32% and they mortgaged it”, he claimed.

The Parliament of Ghana on August 14, 2020, approved the Agyapa Mineral Royalty Limited agreement with the Government of Ghana. The minority which opposed the deal staged a walkout to drum home their disapproval.

In 2018, the Minerals Income Investment Fund Act 2018 which establishes the Fund to manage the equity interests of Ghana in mining companies, and receive royalties on behalf of the government was passed in Parliament.

The fund is mandated to manage and invest royalties and revenue from equities for higher returns for the benefit of the country.

This law also allows the fund to establish Special Purpose Vehicles (SPVs) to use for these investments.

The government amended the act to ensure that the SPVs have unfettered and uninhabited independence from the legal systems of the country.

When this amendment is assented to by the President, it will enable the country to use a special purpose vehicle, Agyapa Royalties Limited to secure about $1 billion to finance large infrastructural projects which will be repaid within fifteen years.

“Agyapa, which will operate as an independent private sector entity, will be able to raise funds from the capital market, both locally and internationally, as an alternative to the conventional debt capital market transactions.

The funds, which are expected to be raised from the Ghana Stock Exchange (GSE) and the London Stock Exchange (LSE), will be a long-term capital, without a corresponding increase in Ghana’s total debt stock and hence without a public debt repayment obligation,” the agreement provides.