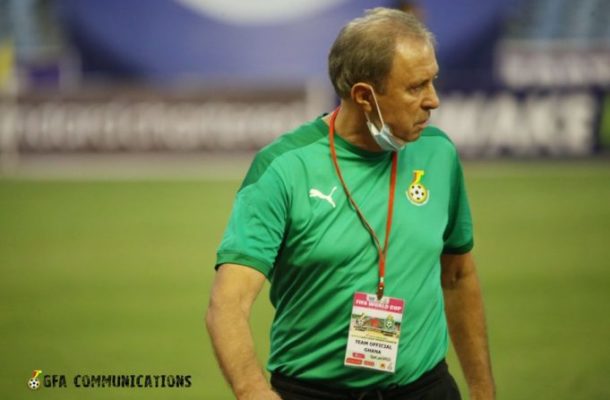 Black Stars coach Milovan Rajevac is delighted with the unawavering support he had from everyone from his players to the GFA, technical team.

The Serbian trainer who was appointed at the tail end of last month played his first game against Zimbabwe at the Cape Coast Stadium which Ghana won 3-1.

Three days later he supervised a 1-0 triumph over the same opponents at the National Stadium in Harare with Arsenal star Thomas Partey the hero.

Speaking after the match the Ghana coach was full of praise for the help and support has been offered him since taking charge of the Black Stars team.

“As you all know, this was my first camp after I came back and I have to say that I am really really grateful to everybody; my players, the medical department, the technical team and GFA. We all did this together,” Rajevac said.

“I felt immense support from everybody these days so really feel happy because we managed to accomplish our mission to win these two matches and to get six points so that we can still be in contention for the World Cup.”

“This match was hard as the previous one. I want to congratulate my players for the performance and also the Zimbabwean team and coach for excellent fighting and desire.”

Ghana face Ethiopia and South Africa respectively in November. Both games will determine whether Ghana will play in March’s playoffs.