We didn’t use Magna Terris houses as collateral - Estate owner 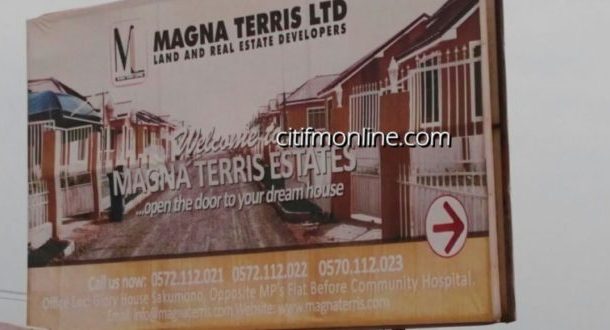 Estate owner of Magna Terris Estate, Pastor Joseph Kwesi Bonful, has rejected claims he has used some houses in the estate as collateral for a GHc4 million loan contracted from Stanbic Bank some five years ago.

The estate owner reportedly defaulted on the loan repayment, leading to a court order that would ensure that about 34 houses plus over 12, 000 acres of land belonging to Magna Terris, are taken over to defray the debt.
terris

Residents have since initiated a court action to appeal the court’s decision.
But speaking on the Citi Breakfast Show, Pastor Bonful assured residents that he had not used any of their houses as collateral for a loan.

“I want to assure all our clients that we have not used their house for any loan as is being reported. We want to say no one’s house is being used as collateral.”

He said the bad loan was rather used to finance a different project which the Bank of Ghana was expected to subsequently pay for but defaulted in the payment.

“Before we went for the facility, we had a client from Bank of Ghana who said they wanted a house

house so we took the facility purposely for them.

In the facility letter, Bank of Ghana is supposed to pay for the houses so we took the loan and we did the Houses and since Bank of Ghana has not paid, that’s how come Stanbic Bank is demanding the money from us.”