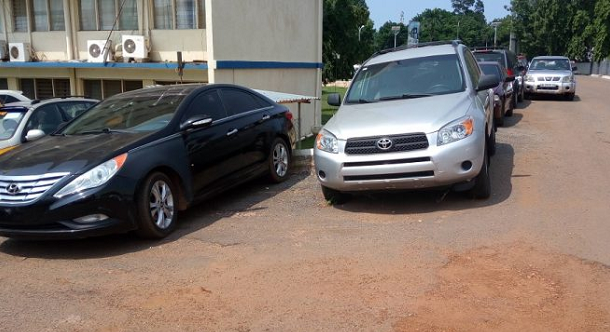 “We know we have sinned and committed a crime, please forgive us, I’m a family man, I’ve got kids please have mercy,” pleaded two car snatchers in an Accra Circuit Court.

Alex Owusu Appiah, 36 and Kofi Mensah, 48, who both pleaded guilty to two counts of assault and robbery sorrowfully pleaded for mercy prior to their sentencing.

But the court, presided over by Mr Aboagye Tandoh, sentenced them to 10 years imprisonment with hard labour each.

The prosecutor, Inspector Kofi Adu, presenting the facts said on December 4, 2017, at about 1:30 a.m. the two men hired the services of the complainant, from Lapaz to Oyarifa Special Ice.

On reaching a section of the road at J.B Estates, they assaulted the complainant, forced him out of his car and pushed him into a nearby bush.

He said the two men then sped off with a Nokia 16 mobile phone and an amount of GH¢400 left in the car.

“On the same day, at about 8:00am, the police intercepted the vehicle in question together with Appiah and Mensah at Suame roundabout in Kumasi,” the prosecutor said.

Inspector Adu said on December 7, 2017, Appiah and Mensah were brought down from Kumasi to the Ayimensah Police station in the Greater Accra Region for investigation.