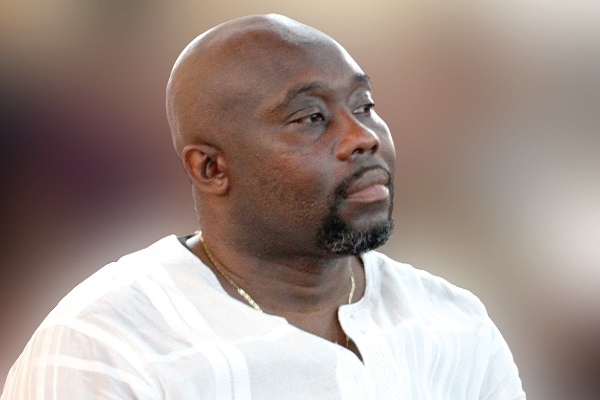 The attempt by Goerge Andah, a former MP for the Awutu Senya West constituency to "destroy" party enthusiasts and find his way to lead the New Patriotic Party (NPP) again in the next elections, has angered some youth in the area.

The group calling itself Dedicated Members of Awutu Senya Constituency has since issued a statement registering their displeasure at the ex-MP over the move.

In the statement, the group claimed George Andah is the type who is arrogant and disrespectful.

According to them, he lost the 2020 parliamentary elections following the traits he exhibited towards the NPP folks and party executives in the constituency.

The statement issued on Wednesday, June 9, 2021, and signed by one Nenyi Kobina Quaye added that the people of Awutu Senya West are now discerning, and therefore George Andah should blame himself for losing the seat.

"Over the last few days the former MP Nenyi George Andah has began a submarine campaign to destroy persons who can challenge him in the 2023 elections and is finding people to blame for his defeat in the 2020 elections.

"The people of Awutu Senya West are wide awake. George Andah should accept he is the sole reason for the defeat in 2020 parliamentary elections," portions of the statement read.

They posited that they will prefer COVID-19 rather than allowing the comeback of George Andah as the Awutu Senya West MP.

We have noted with disdain how attempts are being rewrite the history of the fortunes of Awutu Senya West constituency in the 2020 elections. Over the last few days the former MP Nenyi George Andah has began a submarine campaign to destroy persons who can challenge him in the 2023 elections and is finding people to blame for his defeat in the 2020 elections.

The people of Awutu Senya West are wide awake. George Andah should accept he is the sole reason for the defeat in 2020 parliamentary elections.

Awutu Senya West NPP will not forget that: was

1. George Andah exhibited arrogance and pomposity to the very people who assisted him to get to parliament.
2. George Andah went insulting community elders at Bawuanum.
3. George Andah used his walking stick to beat one of our polling station executives near the church premises
4. George Andah told NPP party people to keep quiet when they see NDC guys being assisted to get employment or assistance
5. George Andah engineered the suspension of constituency party executives
6. George Andah allegedly used campaign funds to erect security installation at his house at Prampram which cost almost GHc120,000
7. George Andah made an advance payment of GHc8,000 for victory party when we needed money to secure the victory in the first place.
8. George Andah gave NPP slots into police, prisons, army , fire service and other employment opportunities to Accra Boys and girls
9. George Andah and his cohorts kept sewing machines, barbering machines, hair dryers, trays and other campaign materials meant for the campaign; materials which are still in possession of certain individuals
10. George Andah invited musicians to come and tell the constituents what they want when we needed money to run campaign activities at the polling station
11. George Andah described party people as indiscipline
12. George Andah disrespected our chiefs, including the paramount chief of Awutu Traditional Area.

These are fact that are indisputable and we cannot forget about them.

As every soul here on earth was affected one way or the other by this deadly novel COVID-19 virus, and NOT READY to witness it again in our life time, we the people of Awutu Senya West don’t want to witness that reign of George Andah, now christened Tobge Kokotako again in our political life.

George Andah is the deadliest virus ever in political leadership. Not even Adolf Hitler can be compared to him. Even the said wicked Hitler did not deprive his relative of work. He bribed his doctors to change the medical report of his own brother to say that his own brother is suffering from hernia, just to deprive him of a legitimate opportunity he failed to secure for him.

For George Andah to come back again in ASWC, we prefer covid19. The novel covid19 has some safety measures that when we adhere to it measures, we can live forever.

May Almighty Allah Bless ASWC and make Us GREAT & STRONG🙏🙏🙏