We will never forget your sacrifices – Sammi Awuku eulogises Bawumia 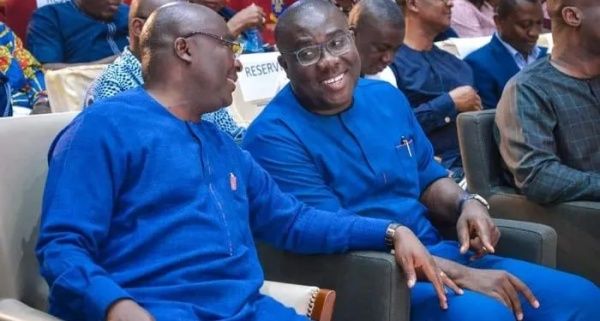 The Director General of the National Lottery Authority, Sammi Awuku, has eulogised Vice President Dr Mahamudu Bawumia over his performance as the star witness for the NPP during the 2012 election petition.

According to Awuku, Dr Bawumia was stellar during the trial, giving a performance for the ages and came out ‘strong, unscathed and energized’despite serious scrutiny from lawyers for the National Democratic Congress (NDC) and Electoral Commission (EC).

Awuku wrote: “As a party and as young people, we will never forget the sacrifices of this gentleman,”

Sammi Awuku was celebrating the 9th anniversary of the 2012 election petition.

The New Patriotic Party in the aftermath of the 2012 elections, hauled the Electoral Commission to court over multiple voting irregularities which they alleged affected the validity of the results.

Bawumia starred in the trial, although eventually, the NPP lost the petition.

Awuku took to social media to recount the trial and praise Bawumia’s performance.

“H.E Dr. Bawumia was subjected to serious scrutiny and questioning by the Lawyers of the then Ruling NDC.  He came out strong, unscathed and energized for the Big Victory in 2016. Not forgetting my own “real size” contempt wahala… 9 years on, this very election petition did set the tone for the Greatest political mobilization towards electoral victory under the 4th Republic in 2016. Happy 9th Anniversary,” Awuku wrote.