We will not be intimidated in this election – Sammy Awuku 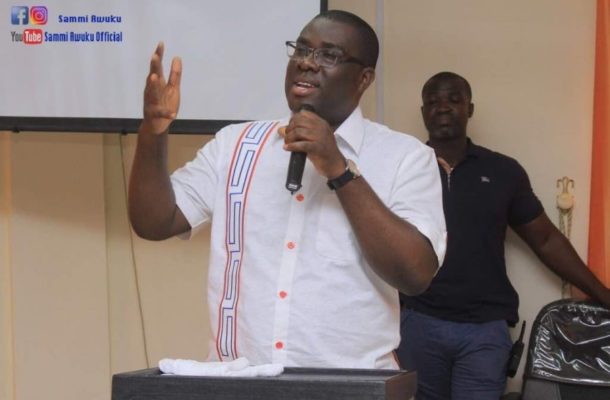 Speaking at the Teachers Conference Volta 2020 held in Ho under the auspices of the Volta Regional Organiser, Sammy Awuku said the party will ensure vigilance during the counting of the ballot papers come December 7.

According to the youth organiser, “the ballot paper will be a choice between prosperity and poverty,…competence and incompetence…the ‘dumsor’ we’ve ended and someone who wants to continue from where he left off”.

He appealed to the teachers not to take things for granted, stating that they are the major employees of the Electoral Commission.

He stated that “the NPP does not want to be favoured in this election”, adding that they would neither want their opponents to be favoured.

“We don’t expect our opponents too to be favoured and no region will be declared a no-go area in this united Ghana. The presidency will not be for mistakes again, we don’t have time to waste again,” he added.

Mr Awuku cautioned the NDC against putting their hopes in votes from the Volta Region as the NPP is succeeding in attracting the loyalty of voters in the region.

According to him, “if someone thinks he’s still a World Bank (referring to the support of the NDC in the Volta Region) and has forgotten that he’s been reduced to microfinance then the person has a problem.

“The NDC is still living on a very dangerous illusion, if you are a leader, you should have people following you, but on the day you turn to see that there’s no one following you, you are taking a walk, not leading and that is what is happening in the Volta region,” he said.

He added that the NPP will extend their campaign to all workers across the country.