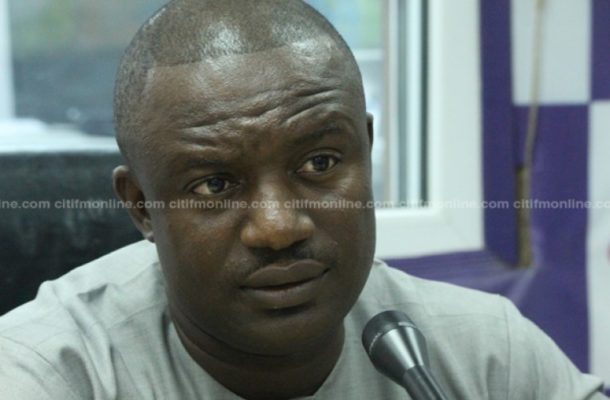 The Minority in Parliament says the government is being insensitive to the plight of suffering Ghanaians with the recent increases in the prices of petroleum products.

According to the Minority, the increase in the price of fuel is an indication of the government’s poor management energy sector.

The Member of Parliament (MP) for Yapei-Kusawgu, John Jinapor said they will resist any attempt by government to further increase fuel prices.

He further added the Minority will not tolerate any such increments.

The Yapei-Kusawgu thus insisted the Akufo-Addo presidency is out of ideas in raising revenue to manage the sector.

“The recent increase has only resulted in worsening off the living conditions of the already improvised Ghanaians under the Akufo-Addo presidency. It this appear that things are taking for the worse as international rating agencies have begun sounding the alarm bells on Ghana’s huge and unsustainable debt levels.”

“One cannot account but come to the conclusion that the Akufo-Addo government has ran out of ideas. Hence their decision to resort to such rampage petroleum increase. Notice is hereby served and the Minority and the people of Ghana for that matter will not tolerate any further increment that will only exacerbate the suffering of the Ghanaian. The government must think outside the box and be innovative than these measures,” he said.

The Chamber of Petroleum Consumers (COPEC) has asked the government to introduce measures to stop the increase in fuel prices.

According to the Chamber, fuel prices have shot up from Ghc 4.670 to Ghc 5.10 per litre within the spate of a month.

The Chamber said although these increases cannot be directly attributed to a deliberate governmental action, authorities have a responsibility to put in place measures to forestall them.

It also called for a “clear, effective, national petroleum price sustainability programme”  in order to control these increases.
Citinewsroom