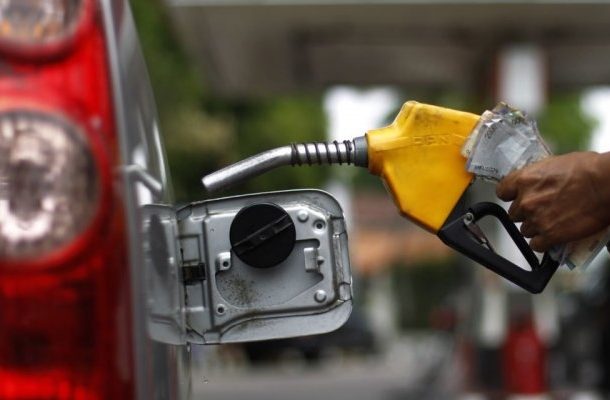 Bulk Oil Distribution Companies (BDCs) have expressed their readiness to import diesel with sulphur specifications of diesel 10 parts per million (ppm) as is traded in Europe at no extra cost to the consumer. Consequently, the BDCs have called for the standards to be revised to 10ppm and a transition road map to be developed by industry in conjunction with representative consumer groups and Civil Society Groups (CSOs). CEO of Chamber of Bulk Oil Distributors (CBDO), Mr Senyo Hosi, said BDCs find it necessary for the quality of fuels to be improved to protect lives and promote the health of all, including children and adults. He noted that the CBOD has in conjunction with international traders been exploring trading modules that would ensure that a change in the specifications will not lead to an increase in ex-pump prices. He explained that after thorough analysis, it was concluded that align­ing with Europe Specification of l0ppm would enable Ghana to bene­fit from some economies of scale and savings from not blending as required for Ghana’s current specification and that would offset any increase in the logistical cost. “We are, therefore, confident that a move to the l0ppm will not lead to any material increase in price. We ex­pect a Zero to 1% maximum change,” he added. On the other hand, he said, adopt­ing similar specifications with major players like Nigeria in the sub region, would enable Ghana to share common logistical infrastructure such as Large Supply Vessels and that leads to a cost advantage. Mr Hosi said this minimises freight cost and enables the savings to be passed on to consumers through competition. “This is the case for Ghana and makes policy makers concerned about the impact on price should this advan­tage be lost through the revision of specification outside what may be set by Nigeria. “In line with this, industry includ­ing BDCs earlier indicated that a change in specification would lead to an increase in prices” he added. He averred that the cost savings and sharing common logistics men­tioned may not be achieved if the changes in standards vary from the European Specification of 10ppm and the Nigerian Specification at the same time. “This is so because the cost advan­tage aligning with Europe will be lost while there would also be no logisti­cal saving enjoyed by sharing com­mon logistics with Nigeria,” he said. Mr Hosi noted that in effect, any change in specification that does not align with Nigeria or Europe is expected to lead to significant changes in prices. "There is, therefore, the need for standards to be revised to reflect a 1 Oppm requirement which would en­able Ghana benefit from the cost ad­vantage of having the whole country’s volumes aligning to the specification as against a few,” Mr Hosi added In view of the heated discussions that followed the publication on the sulphur content in diesel or gas oil by Public Eye, a Swiss-based organiza­tion, Mr Hosi expressed reservations about some misconceptions and mis­representations that characterised the discussions. Ghana’s Sulphur specification The Ghana specification for sul­phur in diesel stands at a maximum 3,000 parts per million (ppm). Hence the lower the sulphur con­tent in PPM terms, the cleaner and bet­ter the fuel. BDCs did not wrong “BDC supplies to the market have been in the 2000s and 1000s and in some cases we have supplied 50ppm to the market. “It is, therefore untrue that BDC supplies have been substandard. In fact, we supply superior quality com­pared to the set standards and have in no way breached the laws of Ghana,” Mr Hosi stressed. “It is, therefore, not the case that BDCs have sought to make extra prof­its at the expense of the health of con­sumers,” he added. NPA led review efforts The National Petroleum Authority in conjunction with industry has led efforts towards the revision of stan­dards to improve the quality of gas oil supplies. In 2010, the specifications were re­vised from 10,000ppm to 5,000ppm and under the current leadership of the NPA, standards have been revised to 3,000ppm since 2014. As a matter of fact, when BDCs commenced operations in 2007, stan­dards still stood at 10,000ppm but BDCs operated at 5,000ppm. The NPA’s engagements with in­dustry in 2013 and 2014 were aimed at a 1,000ppm standard but was con­strained by logistical and regional (i.e. West Africa) considerations. In recent times, the NPA has spear­headed efforts with industry to revise the standards to 500ppm or better. We commend the NPA for the sub­regional leadership it has shown in im­proving the fuel quality not just for Ghana but West Africa as whole and urge it to remain resolute in its pursuits Ghana Standards Authority It must, however, be noted that standards for fuel are set by the Ghana Standards Authority. The competition among 35 BDCs and the standardisation of specifica­tions do not create opportunities for any BDC to accrue extra profits from using the Ghana specification. Source: Finder