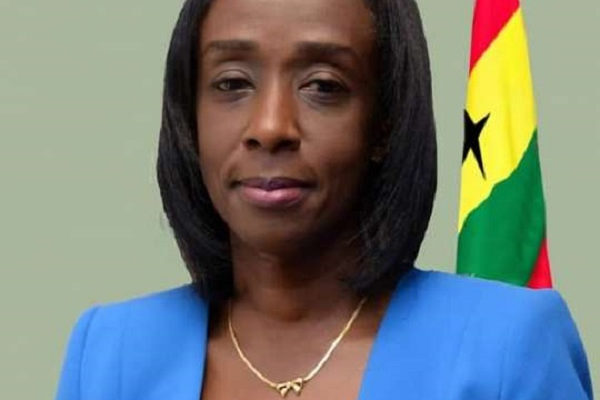 The Food and Drugs Authority (FDA) has issued a statement saying it is investigating the bribery allegation against its Chief Executive Officer.

According to the statement, “The CEO has reported the matter to the Board Chairman and the Administration is following its internal investigation and disciplinary processes.”

The statement is coming in the wake of an investigative piece which was done by journalist Manasseh Awuni disclosed that the CEO of the FDA, Mrs Delese Mimi Darko, through the head of Legal Affairs at the FDA, Cynthia Dapaah Ntow, demanded $100,000 from COA FS before approving of his products.

The investigative piece also discovered that an amount of GH?600,000 was allegedly given to the head of Legal Affairs at the FDA. 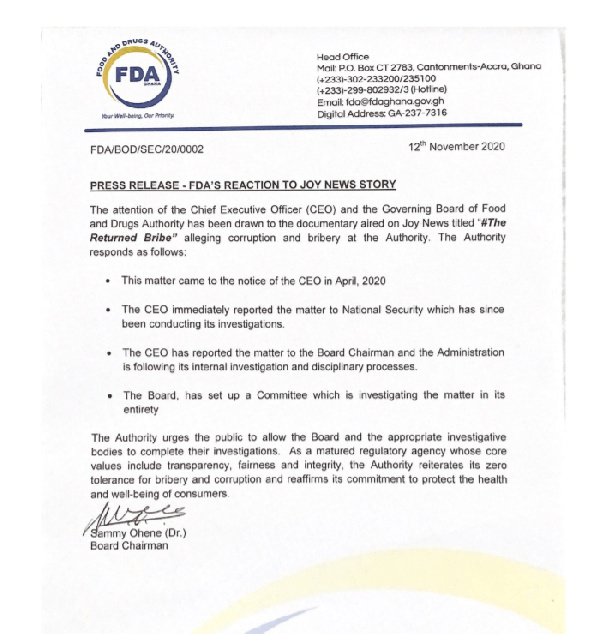