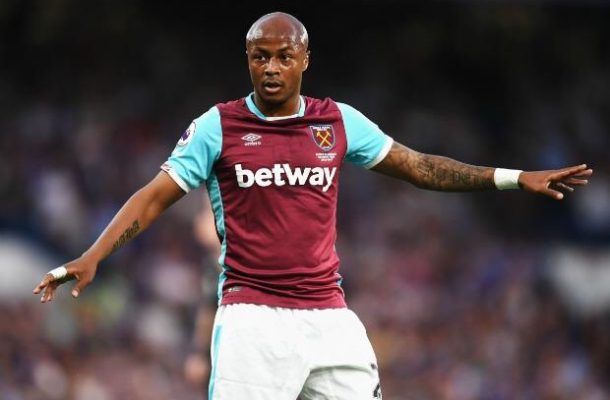 The 26-year-old picked up the setback during his debut against Chelsea on Monday night.

He lasted just 35 minute on the pitch and further test revealed he will require a surgery to repair the damage.

The Hammers were mum on the layoff period for the Ghana international.

But the club's co-chairman David Gold revealed on Thursday morning that the former Swansea City star will be out for four months.
Ayew joined the Hammers in a club-recording deal worth £20.5m earlier this month.

But his new chapter has been severely affected as he will miss the remainder of the year.

He raked in 12 goals in his debut season at Swansea City last term.