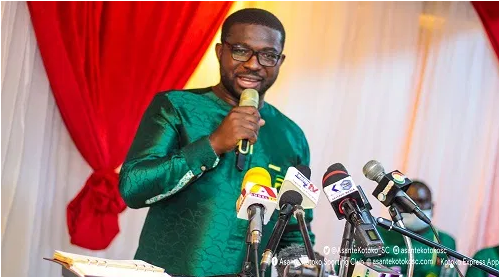 Kumasi Asante Kotoko have secured huge sponsorship deals with four major institutions that is according to the Chief Executive Officer of the club, Nana Yaw Amponsah.

He says since taking charge of the club in less than three months they have been able to secure mammoth sponsorship packages with some bigger than what the club has presently.

This announcement was made by the Chief Executive Officer of the club Nana Yaw Amponsah at the Sports Hotel during the unveiling of the eight member management team on Tuesday.

"My concern is not what should have been done previously but was not. My concern is to build a solid foundation for the future."

"Just under 3 months, we have secured, in principle, about 4 huge sponsorships some bigger than what we have now" he said.