What wrong did I do to NDC? – Kwame Sefa Kayi tackles Asiedu Nketia over Kokrokoo boycott 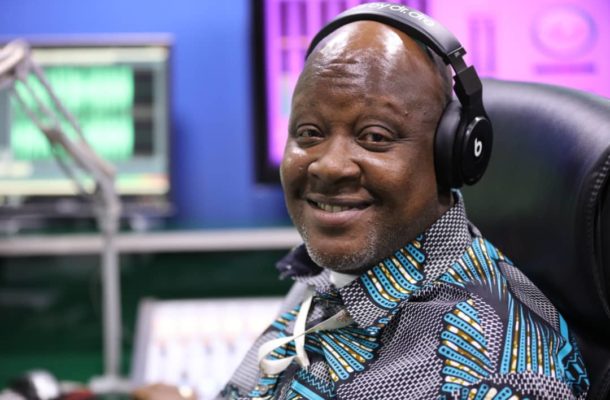 Kwame Sefa Kayi, the host of Peace FM’s morning show, Kokrokoo, is claiming ignorance over the reasons that compelled the National Democratic Congress to boycott his show.

Two years and three months after the boycott by the NDC, the General Secretary of the party, Johnson Asiedu Nketia made an appearance on the show on Friday, August 12, 2022.

Kwame Sefa Kayi, after allowing Asiedu Nketia explain the party’s resistance to the new move by the Electoral Commission to have the Ghana Card as the only source document for the 2024 election, sought confirmation from Asiedu Nketia if his appearance marks the end of the boycott.

But the NDC General Secretary urged Sefa Kayi to come to the party’s office so that they put some finality to the issues.

Sefa Kayi however quizzed why the NDC would not rather come to his office since they already have had some engagements on the impasse.

Asiedu Nketia attempted to remind Sefa Kayi that it is the party that is the one holding the cards and not the other way round.

Sefa Kayi, however, questioned Asiedu Nketia and challenged him to disclose the reason for the party’s boycott. The ace broadcaster said he was unaware of the reasons and wanted Asiedu Nketia to explain to him where he went wrong.

“What did I do to you? You are here today, so tell us what I did wrong. You claim I’ve wronged the NDC so tell me,” he said.

Asiedu Nketia however rejected it, stating that “This is not a court”.

In his appearance on the show, Asiedu Nketia defended the NDC’s position on the Ghana Card registration and rebuffed allegations that the party ought to be blamed for the challenges.

“The NPP always misrepresents issues. When the NIA said they were going to do the registration without the use of the existing voters’ ID card, the NDC went to court. It was during the court process that we told our party members not to subscribe to it because we were challenging it in court. The court then passed a ruling and after the ruling, we held a presser urging our supporters to register. So how do you blame us?” he retorted.