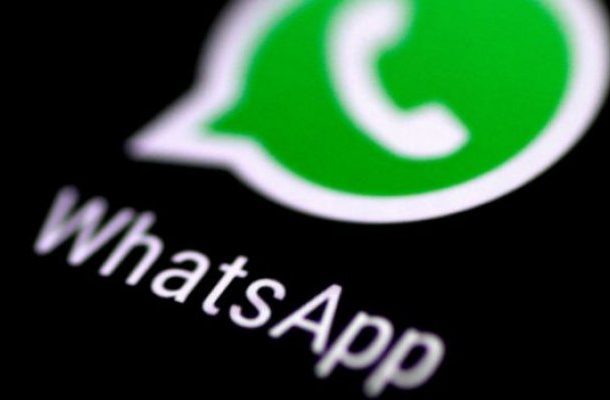 A newly-released tool that exploits a vulnerability in Facebook’s WhatsApp allows you to "put words in people’s mouths", researchers say.A team from cybersecurity firm Checkpoint has demonstrated how the tool can be used to alter the text within quoted messages, making it look as if a person had said something they did not.Researcher Oded Vanunu told the BBC the tool made it possible for “malicious actors” to manipulate conversations on the platform.Facebook would not provide a comment on the issue.The tool was demonstrated at Black Hat, a cyber-security conference in Las Vegas, as a follow up to a research paper published by Checkpoint last year.“It’s a vulnerability that allows a malicious user to create fake news and create fraud,” Mr Vanunu explained.The tool makes it possible to manipulate WhatsApp’s quoting feature to make it look like someone had written something they had not.“You can completely change what someone says,” Mr Vanunu said.

"You can completely manipulate every character in the quote.”The tool also allows an attacker to change how the sender of the message is identified, making it possible to attribute a comment to a different source.A third issue highlighted by researchers has been successfully fixed by Facebook.

That flaw could trick users into believing they were sending a private message to one person, when in fact their reply went to a more public group.But Mr Vanunu said Facebook had told them the other issues could not be resolved due to “infrastructure limitations” on WhatsApp.In particular, the encryption technology used by WhatsApp made it extremely difficult - perhaps impossible - for the company to monitor and verify the authenticity of messages being sent by users. Other potential measures to stop the problems highlighted could result in trade-offs in the usability of the app, researchers were told.When asked by the BBC why his team would release a tool that made it easier for others to exploit the vulnerability, Mr Vanunu defended the move, saying he hoped it would provoke discussion.“[WhatsApp] serves 30% of the global population. It's our responsibility. There is a big problem with fake news and manipulation. It's infrastructure that serves more than 1.5 billion users."We cannot like put it aside and say: 'Okay, this is not happening.’"The spread of misinformation on WhatsApp has been a major cause of concern, particularly in countries such as India and Brazil, where misinformation has lead to instances of violence, and in some cases, death.WhatsApp made changes to its platform in an effort to reduce the spread of misinformation, such as limiting the number of times a message could be forwarded.Facebook provided a statement a day after first asked:"We carefully reviewed this issue a year ago and it is false to suggest there is a vulnerability with the security we provide on WhatsApp," it said."The scenario described here is merely the mobile equivalent of altering replies in an email thread to make it look like something a person didn't write."We need to be mindful that addressing concerns raised by these researchers could make WhatsApp less private - such as storing information about the origin of messages."Source: BBC