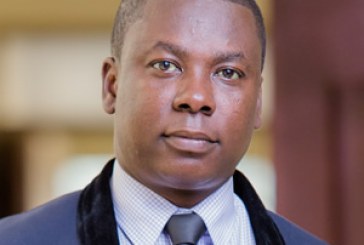 The debate followed last Tuesday's presentation by Vice President Dr Mahamudu Bawumia, where he told Ghanaians that the Akufo-Addo administration has kept faith with Ghanaians, with all indications pointing to a Ghana on the rise.

With about 10 months left for the government to end its four-year mandate, the Vice-President said the NPP administration had delivered on 78 per cent of the 388 promises it made during the 2016 electioneering.

There has been some public suggestions that when Dr Bawumia speaks on the economy, the opposition National Democratic Congress (NDC) finds it difficult finding someone of his caliber to respond.

A day after Dr Bawumia's presention, Mr John Jinapor, a former aide to Mr John Dramani Mahama when he was Vice President and later promoted to the position of Deputy Minister of Power also made a presentation at a dialogue session organised by the opposition National Democratic Congress (NDC) where he claimed the NPP administration had performed poorly in the energy sector and was mismanaging resources in that area.

So when Dr Gideon Boako and Mr John Jinapor, currently the Member of Parliament for Yapei/Kasawugu in the Northern Region met on the weekend news analysis programme, it was the public's expectation of an opportunity to checkmate each other on facts and figures.

Earlier, a member of the NDC and former Central Regional Chairman of the NDC, Mr Bernard Allotey Jacobs had indicated that, the NDC had to be strategic such that when Dr Bawumia speaks on the economy, the party should not just release "mere communicators" to respond but should release people of same "pedigree" to respond.

Saturday's edition of the Newsfile programme certainly lived up to the bill as a political battle between aides of Vice Presidents.

Some reactions on social media indicated that the show ended with Dr Gideon Boako making mince of John Jinapor but there were those who also disagreed and concluded Mr Jinapor punched holes in the Vice President's presentation.

John Jinapor who was the former deputy minister in the erstwhile President John Dramani administration according to some social media users bit more than he could chew when he sought to battle the Spokesperson and Economic Advisor for the Vice President on the Newsfile radio and television programme.

To them, Dr Boako's intellectual discussion was more admirable than that of Jinapor as the two engaged in a battle of facts checking on the economic achievements of the current government compared to the previous administration.

On social media, many were full of admiration for Dr Boako for his intellectual dexterity on economics and governance issues.

After leading the public dialogue to counter the comprehensive presentation by the Vice President a day earlier at the maiden Regional Results Fair in Kumasi, many were those who expected that the former deputy power minister was going to shred the vintage of Dr Bawumia into pieces.

It appeared however that Mr Jinapor failed to tackle the issues raised by the Vice President head-on with facts and figures.

From the general economy to energy and agriculture, the NDC MP resorted to what social media users said were tangential arguments and sought to set his own facts and interrogate them instead of responding directly to evidence presented in Kumasi by Dr Bawumia.

With the young Economist holding him in check and occasionally checkmating, Mr Jinapor at a point seemed frustrated and almost lost his temper and the programme had to take an unplanned break.

There were however those who thought Mr Jinapor was on top of the issues.
Source: Graphic.com.gh