Why Akufo-Addo was at the Nyaho Clinic — Abu Jinapor 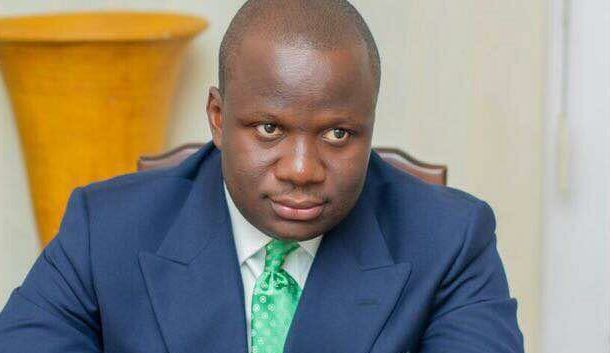 Deputy Chief of Staff, Samuel Abu Jinapor has detailed why President Akufo-Addo went to the Nyaho Medical Centre in Accra on Friday, November 8, 2019.

Speaking to Peace FM news, Abu Jinapor said, although the President was seen at the Airport Residential Area health facility, he was there to visit a friend.

This development comes after several media outlets reported that the Ghanaian leader has been rushed to the Nyaho Clinic for an unknown ailment.

But, Mr Jinapor explained that, President Akufo-addo had been there to visit one Mr Tommy Amematekpor, a leading member of the New Patriotic Party (NPP) who has been at the facility for medical care.

“No such thing happened. President is very fine and executing his duties. Today, he commissioned the Ga-East District Hospital, in Kwabenya, and en route to the Jubilee House, he went to the Nyaho Clinic to visit a friend”, he told Yaa Konama in an interview monitored by Ghanaguardian.com.

He, however, advised Ghanaians to “stop fueling death rumours about our leaders and rather pray for the President to always be stronger so he can serve the good people of this country”.

He said the President, at the moment, was in Tamale after he went to Niamey, Niger, for  ECOWAS summit.

Asked what the President was doing exactly in the Northern region capital, he said: “From Niamey to Tamale is 9 minutes on a flight ...He would be attending a funeral in up north before he later returns to Accra to continue his work”.