Why Did Warren Buffett Succeed and What You Can Learn from Him? 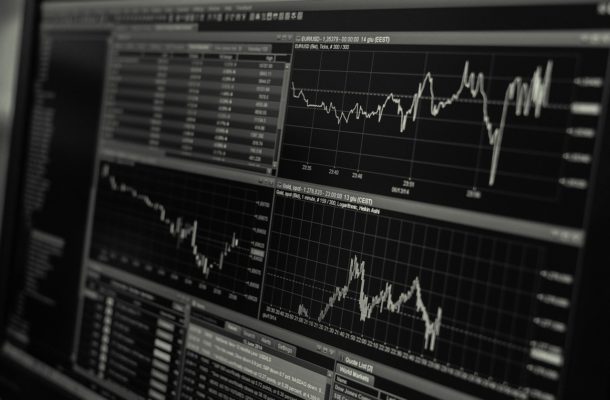 Warren Buffett is the third-richest man in the world, and he may well be the greatest investor alive today.

But what makes him so special? How did he acquire his unique skills? And why do people call him the Oracle of Omaha?

His life’s story is inspirational, witty, and surprising. If you’re not already familiar with it, here’s a little slice of who he is and what he became known for.

Warren Buffett was born on 30th August 1930. He came from impressive pedigree. His father, Howard Buffett, was a business owner and a four-term congressman for the state of Nebraska.

This influence gave Buffett a creative and entrepreneurial streak from a young age. He dabbled with various small business pursuits — such as selling chewing gum and magazine subscriptions door-to-door.

At the age of 11, Buffett made his very first investment — buying six shares of Cities Service. He originally purchased the stocks at $38 each, but they soon fell to $27.

Now, at this point, most investors would have been scared. They might have resorted to selling out and taking a loss. But not Buffett. Even at that young age, he was remarkably resilient. He held on, waiting patiently.

Eventually, the stock price recovered, and he sold his shares at $40 each. In the process, he made a slim profit of 5%. It was a small victory for the young man. His patience had paid off!

But — wait — there was a catch here. As it turned out, Buffett discovered that he wasn’t nearly as patient as he should have been. If he had hung on just a bit longer, he could actually have enjoyed a bigger profit.

How much? Well, he could have eventually sold his shares at $200 each. That would have given him an eye-watering 400% in earnings.

This lesson was not lost on Warren Buffett.

He learned the virtue of patience. And he cultivated this habit. Obsessively training himself to control his impulses in order to become a better investor.

He intended to leave high school and jump into business right away.

Yet his father, Howard, vetoed this plan, convincing him to go to college to get an education. It’s not hard to see why. Howard was a staunch Presbyterian who desired a more traditional path for his son.

Buffett wasn’t all that happy about his father’s request — but he enrolled in the University of Pennsylvania anyway.

It wasn’t until Buffett pursued his graduate studies at Columbia University that he found his feet as an investor. That’s when he studied under Benjamin Graham, a British economist widely known as the father of value investing.

Graham was a champion of careful financial analysis. He favoured a margin of safety. He frowned upon speculation.

This philosophy of value investing proved to be a huge influence on Buffett’s formative thinking as an investor.

Under Graham’s guidance, Warren Buffet soon learned to look beyond what was recorded on company balance sheets.

He became more interested in learning how companies were managed. This was because leadership could see a company reach its potential — or caused it to tumble to the ground.

Buffett also learned another key pillar of value investing — finding stocks that are trading for less that the book value. This happens when markets overreact to the news, which in turn creates unstable stock prices. A savvy investor could, in theory, buy a good stock at a discount. It’s all about timing.

It was an astounding feat. Buffett achieved this by avoiding the general sentiment of the market, focusing solely on finding the true value of the companies he invested in.

In 1965, Buffett embarked on his next mission. He accumulated 49% of the common stock in Berkshire Hathaway, which was a textile company at the time.

He named himself director, and he made the move to appoint a new president for the company. He considered this an urgent move — as the terrible management was literally running Berkshire Hathaway to the ground.

Two years passed, and Buffett bought the entire company. He saw an opportunity like no other, transforming the textile company into a multinational conglomerate holding company.

From here on out, Buffett was on a roll, finding good companies to invest in, identifying opportunities for value.

By the 1970s, Buffett’s reputation was formidable, and he was creating waves. Just the mere whisper of him buying into a company was enough to see that stock rise by 10%. This became known as ‘The Buffett Effect’.

He kept going from strength to strength, finding opportunities, building up his wealth at an astronomical rate.

What is so great about Warren Buffett?

Quite simply, Warren Buffett has a unique way of seeing things. What others perceive as a threat, he perceives as an opportunity.

I’ll take you back to the most recent financial crash. You know the one I’m talking about — the Global Financial Crisis that kicked off in 2007-2008.

While everyone was rushing for the exit doors, Buffet did the opposite — he calmly and coolly walked right in. He injected a whole lot of capital in a few companies. He invested in blue-chip stocks, even though their prices were on the way down.

Think back to Buffett’s experience when he was 11. Despite experiencing a loss during this first investing experience, he had to resilience to hold on. Eventually, his patience paid off. His stocks recovered their value, and he made a profit.

This is the crucial life lesson that Buffet held on to.

This was why he started investing feverishly even though the global markets were in turmoil in 2007-2008.

His instincts proved to be right!

When the economy was on its way to recovery, the deals he had made started paying off.

Here’s a good example. When Buffett invested in Bank of America [NYSE:BAC], he offered them $5 billion in preferred stocks that yielded 6%. This deal also came with a warrant to buy 700,000 common shares at a fixed price of $7.14, allowing him to purchase these shares any time before 2021.

If you ask me, that’s the sweetest part of the deal.

Buffet exercised the warrant in 2017. He traded his preferred shares for common shares to receive a larger payout. That’s not all. He fell in love with the bank, and he has kept on buying, making him the largest personal holder.

A more recent example of Buffett’s strategy is his purchase of airline stocks. He kept buying them until February 2020, even with the recession looming and the general fear of airlines going into liquidation.

Is this a wise move? It’s too early to tell. We can’t see the pay-off yet. But you can bet that Buffett has made an educated move. He’s betting that when the market rises again and planes start flying…well, you know the rest.

Buffett is however reducing his holdings by selling his Delta Air Lines stocks. This sneaks him under 10% holding, which means that he doesn’t have to announce when he is selling and buying.

Why all the secrecy? Well, I don’t think he fears a drop or even that airlines are going into liquidation. Perhaps he’s concerned about The Buffett Effect, where copycats follow his moves. But this is all speculation on my part.

I, for one, am excited to see airlines fly again and overseas trips happening once more. When there’s demand, supply will follow. Let’s hope the major airlines will hold their own until then.

Now that Buffet has made all his money, it is the humility of the man that is so fascinating.

He has lived in the same house since 1958. Just a regular upper middle-class home in Omaha, nestled in a quiet neighbourhood. His taste buds are like that of any American — a nice McDonald’s meal few times each week, with five cans of Coke a day.

It’s obvious that Buffett does not live like a typical billionaire. No mansions for him. No five-star restaurants. No personal chef.

This doesn’t mean he doesn’t have his guilty pleasures.

Buffett enjoys purchasing jets and the occasional art collection — which is understandable. Even you and I need to splurge just a little. For me, though, there will be no jets. Not yet, anyway.

It really goes to show that if you live within your means, you need nothing more.

What can we learn from Warren Buffett?

He is one of the most successful businessmen of all time. And with tremendous success comes stories, quotes, and life lessons that he is keen to share with the world.

My favourite quote being: ‘If you buy things you do not need, soon you will have to sell things you need.’

This comes from my somewhat guilty pleasure of going to the mall, buying that must-have dress, only to realise the material will soon wash out, stitches will unravel, and it will just become a dirt rag.

This seems a bit excessive, but it somewhat puts things in perspective for me. Resources are scarce, and we should be cautious before we hit the ‘Buy Now’ button or swipe that credit card.

There’s another quote that I love, which is relevant for investors: ‘When it rains gold, put out the bucket, not the thimble’.

By conquering your fear and making the most out of opportunities, you will reap plentiful rewards. But you should make sure you validate all decisions and only pursue legitimate opportunities.

Another intriguing quote: ‘Why should I buy real estate when the stock market is so easy?’

This validates Warren Buffett’s passion. He has been involved in the stock market from a young age, and he was made billions. Clearly, he’s stuck with what he loved and what he’s good at.

If you haven’t traded stocks yet or think it is too hard to try, consider this — why not start small? Build your passion and excitement.

If you love something, you will stick with it. As many say, choose a job you love, and you will never have to work a day in your life!

Warren Buffett is an excellent example of this.

There is guidance out there for you.

If you become overwhelmed, take a few steps at a time.

There are many resources out there, such as Wealth Morning. They research the most critical financial events and trends in the world today. They share these insights with you through a free e-letter and podcast radio show.

They also have a paid newsletter that provides you with passive income ideas through investing, showing you how to make the most of every opportunity. And, yes, make no mistake about it: there are many opportunities presenting themselves, even amidst the tough economic times we see today.

Regardless of your level of skill or exposure, you can start journey on your computer, creating your very own trading desk. You do not need to have much to start generating passive income.

The time is now.

Like Warren Buffett, you can start with just one stock — and then build up your portfolio of assets in time.

Soon enough, you will realise how easy it can be, and the rest will be history.