Why Takoradi woman is still in police custody after bail 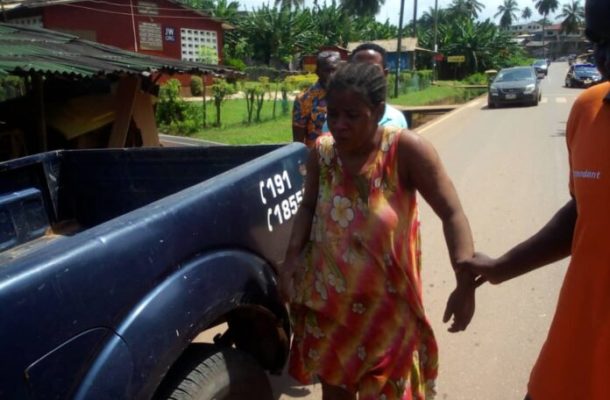 Josephine Simons, 28, who allegedly faked her kidnap and pregnancy, is still being caged in the Takoradi Central Police station.

Lead counsel for the suspect, Fiifi Buckman, who disclosed this on Adom FM’s evening news, said Mrs Simons and her family have failed to meet her bail conditions.

According to him, the family members are working tirelessly to ensure that the conditions from the court are sorted out in order to get her out of police custody by Tuesday.

Mr Buckman noted they will think of the next line of action if the bail condition is still not met by Tuesday.

“My client is still in custody. If the family fails to get her bail by tomorrow, we will know what to do next,” he said.

Mrs Simons was granted a GH¢50,000 bail with two sureties when she made her first appearance at the Takoradi Harbour Circuit Court on Monday.

She was charged with deceiving public officers and publication of false news to put fear in the public.