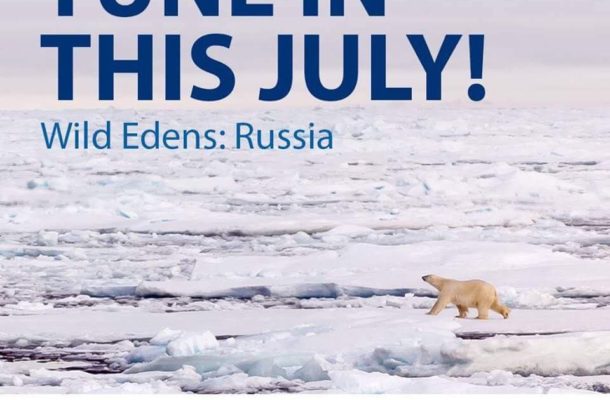 Wild Edens: Russia, the first film in a series brought to the audiences by Rosatom and broadcast by National Geographic, will air in Africa on National Geographic on July 20 (7 pm), 21 (0:50 am) and 22 (2:05 pm). The film will take viewers on an unforgettable journey across Russia’s most remote and unexplored regions, including Kamchatka, Altai and the Arctic. Their rugged, yet fragile ecosystems are under threat from the crippling effects of climate change.

The Wild Edens project is brought to the audiences by Rosatom and broadcast by National Geographic. It involves filming and broadcasting a series of feature-length documentaries about pristine locations, where the ecosystems are especially vulnerable to the effects of global warming. The project’s main goal is to attract the attention of the international community to climate change and the need for a global transition to clean energy. Over several months, the Wild Edens film crew carried its kit to the most remote corners of a territory stretching 10 000 kilometers from east to west and forming the biggest country on our planet. Tune in to see Kamchatka bears hunting for salmon, walruses coasting on the Arctic shoreline, musk oxen coping with punishing weather conditions, and many more representatives of rare and diverse flora and fauna in their unique natural habitats!

Here is a link below: