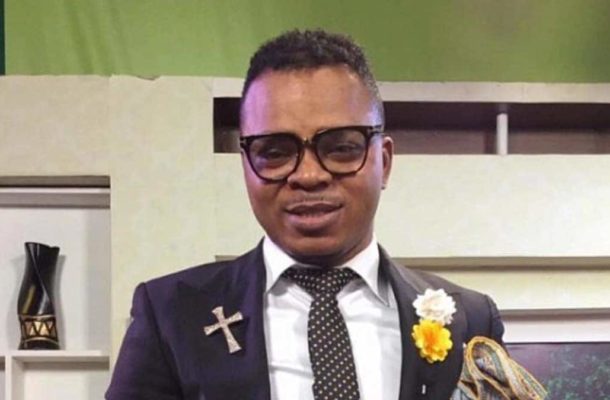 The founder and leader of the International God's Way Church (IGWC), Bishop Daniel Obinim has revealed the source of his wealth.

According to him, he does not get his wealth in the physical realm but steals money spiritually and later converts into real life wealth.

"If I want money, I just go into the spiritual real and I convert to physical. So the money I have made and continue to make that people do not understand, I steal it from the spiritual world whether is dollars, pounds or naira of CFA," he said.

Obinim made the statement while addressing his congregants over the potency of his souvenirs in protecting.

Speaking in the video, Obinim pointed that he was encouraging the church members to buy his wrist band and other souvenirs not for their money because he was a wealthy person who can get money any time he desires.

Explaining further, Obinim stated that the money accrued from the church's collection and the sales of such items was note enough for him to do God's work hence his decision to steal money spiritually.

"I will continue to steal the money because the church's collection is not enough. The 'miracle water' is just five cedis and the band is 10 cedis which is not enough considering that I use billions (in old cedis) for God's work," he said.