We will rid service of errant cops - IGP 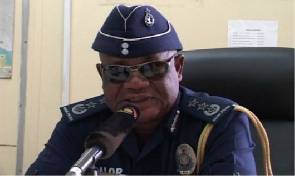 Mr John Kudalor, Inspector-General of Police (IGP) of the Ghana Police Service has reassured Ghanaians that the Police Administration would not relent on its efforts to rid the service of men who bring the name of the service into disrepute.

“The act of Police Officers using the authority conferred on them by law to commit acts of criminality is as unfortunate as it is reprehensible,” he stressed.

The IGP made these remarks at his official induction ceremony held yesterday in Accra.

According to him, the Police Administration is committed to achieving a Police Service that is comparable to best practices anywhere in the world, hence will not tolerate any act that derails its objective.

He held that leaving behind a high quality professional Police Service that is valued and commands trust and confidence of the citizenry is his greatest hope and objective.

Commending his predecessors, Mr Kudalor noted that without their contributions the Service would not be where it is despite the few challenges.

Speaking about initiatives he has put in place since he took office November 10 last year, Mr Kudalor stated that to improve the service, Thursdays have been put aside for any officer to walk into his office and make contributions or share a concern with him.

Also, he stated that the Police Administration has introduced the use of camouflage uniform, and also increased the number of uniforms or apparels worn by personnel.

“This is aimed at boosting the morale of the men of the Service, and also improving their turn-out, as it engenders confidence,” he added.

He also mentioned that the National Patrol Department (Visibility Patrol Unit) has been upgraded to the next level and equipped with the requisite logistics and equipment to be able to discharge their duties more efficiently and effectively.

The IGP charged all police personnel to live up to the mandate given to them to protect lives and property and not kill the trust reposed in them.

Mr Kudalor seized the opportunity to assure the entire Ghanaian public that the police would to its best to ensure that the peace of the country is not disrupted before, during and after the upcoming December polls.

In a related development, the IGP announced that the four officers who arrested their colleagues in the Afram Plains bullion van scandal have been promoted to their next ranks.