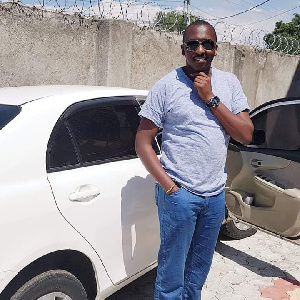 A Kenyan policeman who was to be questioned over an alleged forged deal worth $395m (£306m) for military equipment that has made headlines in the country was on Thursday found dead in his house in the capital, Nairobi.

Sergeant John Kipyegon Kemei, who served in the office of the Deputy President William Ruto, was found with a gunshot wound to the head.

Local media report that he was at work on the day a former Kenyan cabinet minister visited the office accompanied by directors from an American firm to discuss an arms tender.

The former minister, Rashid Echesa, has since been charged with forgery. The US firm Eco Advanced Technologies alleges that Mr Echesa approached them with a fake deal to supply arms to the Kenyan military, and also allege that Mr Echesa swindled them out of $113,727 (£88,204) in consultation fees.

Mr Echesa denies any wrongdoing and is out on bail.

The policeman who died was among those due to be questioned over the alleged fake deal. His workmates decided to visit his house after failing to contact him since Wednesday, according to local media. They found the body with a gunshot wound on the chin, according to police.

Deeply saddened by the death of Police Sergent Kipyegon Kenei who worked in my Harambee House Annex Office.

Kenei was a disciplined young police officer. I urge the relevant authorities to conduct a thorough investigation to ascertain the circumstances surrounding his death.
— William Samoei Ruto, PhD (@WilliamsRuto) February 20, 2020