WO Tandoh descends on Hearts of Oak for sacking Samuel Boadu 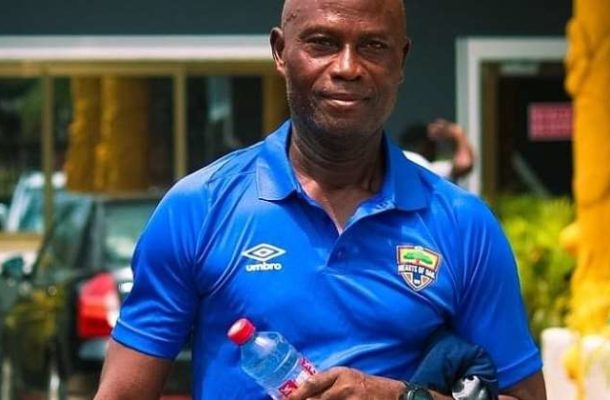 Former Hearts of Oak team manager and physical trainer, WO Paul Tandoh has lambasted his former side for sacking former coach Samuel Boadu.

The former Medeama coach was shown the exit by the club on Tuesday after a poor start to the season.

Hearts after three matches has only two points to show for having lost one and drawing two of them leading to the termination of the appointment of Samuel Boadu.

WO Tandoh who was fired by the club recently before he joined Aduana Stars has descended on his former side for their conduct and claims that he will cause them to lose their next five matches.

“I will make them lose all of their next 5 games and they will see,” he said in an interview aired by Kumasi-based Pure FM.

“You people have sacked Samuel Boadu and appointed this caucasian vulture. He will also fail and after five games he would be sacked,” he said in the interview.