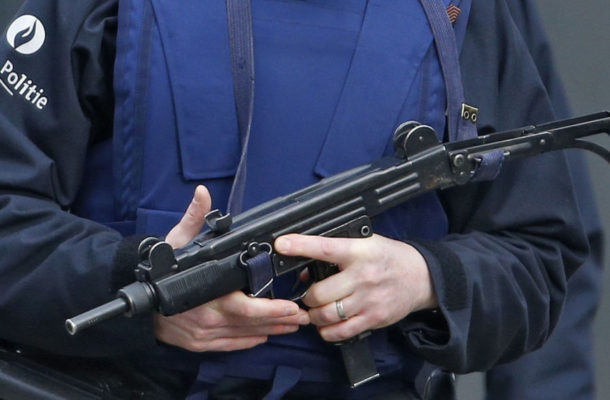 Police at the scene where shots were fired during a police search of a house in the suburb of Forest near Brussels, Belgium, March 15, 2016. REUTERS/Yves Herman - RTSAJK1

A woman has stabbed up to three people on a bus in a suburb of the Belgian capital Brussels, the city's authorities have said.

The attack happened around 4.30pm local time in Uccle, just south of the centre of Brussels.

Police opened fire after arriving at the scene, hitting the attacker in the arm.

The suspect and the three injured victims have all been taken to hospital.

Public broadcaster RTBF said that sources had told it the attacker was thought to have mental health problems and was not motivated by terrorism.

The prosecutors' office said its officers were handling the incident, rather than the federal body that deals with terror cases.

Belgium has been on high alert since militants carried out a series of attacks in the country and in neighbouring France.