Women born on Wednesday have the best, most powerful vagina – Stephanie Benson 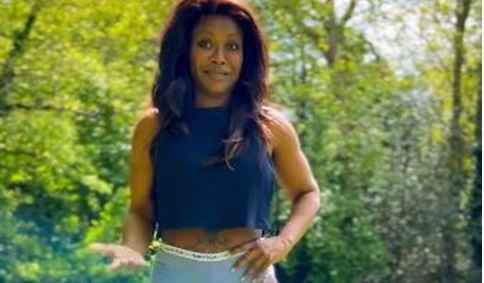 She cited women born on a Wednesday (Akua), as those with the most powerful vaginas amongst their peers.

Buttressing her point, Stephanie, who also happens to be a Wednesday born, said women born on that day carry some distinct features, adding that giving out great sex is one of them.

“Females born on a Wednesday have some distinct features that no other day of the week has. Our intelligence is deeply rooted in our sexuality. Sustainability check, wisdom check, and as for our vagina it is the most powerful. All, the other days of the week cannot compete. Akua vagina power is the way to go. Love me or hate me, I have spoken the truth. Wednesday girls rock,” she said.

Earlier, Stephanie Benson established that her husband, Mr. John Benson’s testicles (balls) are no longer sensitive due to how she has mishandled them over the years.

”Jon’s balls are numb from years of maltreatment. I knocked 3 times and he still didn’t even scream. Tomorrow I need to think of something else,” she earlier captioned a video on Instagram.

She has been married to Jon, a British man, for 31 years and they have five adult kids together.