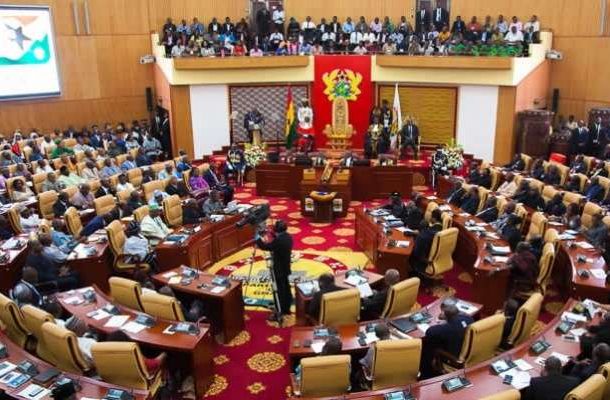 The women caucus in Parliament has joined the calls for disciplinary actions to be brought up against the policeman caught up in the assault saga.

Speaking on the floor of Parliament Monday, Deputy Majority leader, Sarah Adwoa Sarfo, said the women caucus is in full support for the calls for sanctions against the policeman.

“The caucus calls for justice for the woman. The caucus joins the well-meaning Ghanaians to support fully any sanctions the police administration will take against him…” she said while delivering her speech.

Adwoa Sarfo also called for speedy and “transparent” investigations into the case; arguing that the findings of such investigations should be known to the public.

“I call for investigations which should be transparent to public,” she stated.

She further urged the Gender and Social Protection Ministry to ensure that the 36-year old-victim is given the appropriate health care to recover from the trauma.

The woman, Patience Sarfo, was beaten mercilessly by a police officer on Friday at the Shiashie branch of Midlands Savings and Loans, where she went to withdraw her GH₵270

She was asked to leave the premises at closing time, but a desperate Patience Sarfo who has been chasing her money for a long time insisted on getting her money before she leave.

This caused the policeman to beat her up in his attempt to remedy the situation.

The situation has also triggered many customers of the savings and loans company to withdraw their monies.

Joy News’ Maxwell Agbagba however, reported Monday from the Shiashie branch that the branch won’t open until Tuesday.

“Some Members of Parliament have also called on the Bank of Ghana to investigate Midlands Savings and Loans amid speculations that the company may be in some crisis,” Joy News’ Joseph Opoku Gakpo reported.

The staff of Midlands who were on duty at the time of the assault have since been suspended pending investigations for watching on while the attack happened.

The policeman, Frederick Amanor has also been arrested and is expected to be in court on Monday.

President Akufo-Addo has also condemned the brutality; lauding the Inspector General of police for taking actions to sanction him.