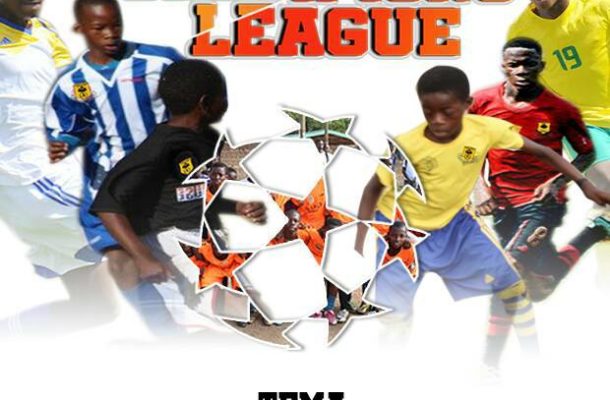 U-15 Colts side, Wonders FC have fired a promise to lift the McDan Communities Champions League (week 2) in Tema on Saturday September 15th.

In 2016 the club was originally formed in Prampram but now based in Tema.

However, the players have been training on the sandy beaches of Pampram in preparation for week 2 of the exciting "Education and Recreation" soccer championship.

The opening week of the McDan Communities Champions League witnessed a massive turn out of spectators in Ashaiman.

Eventually Mission FC defeated Diamond Stars 1-0 to lift the troph at the Saka Saka Park and thus became the first club to qualify to the Communities Champions League Knockout Finals.

The second stage of the tour resumes on Saturday with eight (8) more clubs competing for the ultimate title of Tema Colts champions.

The tournament has attracted applause and praise from many quarters and week two would be covered by the BBC World Service television crew for the first time as well as other other local media platforms.

The McDan communities Champions league is a joint project initiated by the C.E.O of McDan
Group of Companies Dr. Daniel McKorley who is widely noted for his massive support and investment of Ghana Tennis over the past decade.

The shipping magnate and entrepreneur has in recent times been supporting numerous community based sports project with both logistics, resources and funding.

Dr McKorley He has pledged his full support for the CCL and by so doing taken up the responsibility of title sponsor for the project.

Meanwhile the CEO of Books and Boots Academy Yaw Ampofo Ankrah has heaped praise on McDan for his exceptional contribution and devotion to the youth of Ghana through his numerous education and sports projects.

Ampofo Ankrah has also thanked Active Minds reading club for their support through the donation of reading books since 2009.

He revealed that a new partner Medal Pharmacy has signed up to the McDan CCL and will be traveling to every venue in Greater Accra with a medical officer and nurse to provide medical and first Aid services.