You don't bring anything home, what do you need $25million for? - Sefa Kayi to Sports Minister 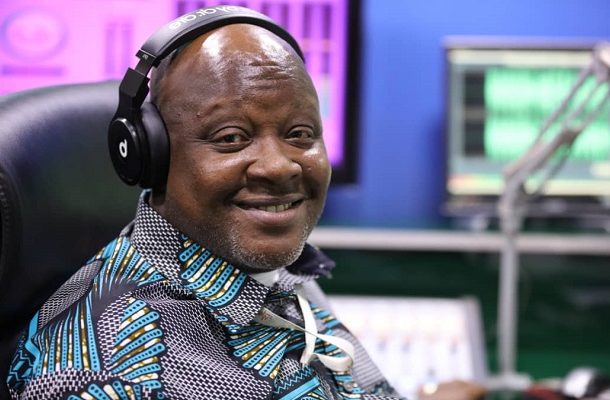 Media personality and host of Kokrokoo on Peace FM, Kwame Sefa Kayi has questioned Minister of Youth and Sports, Hon. Mustapha Ussif about the relevance of the proposed Twenty Five Million Dollars ($25million) towards Ghana's preparation and participation in the 2022 African Cup and World Cup tournaments.

Speaking at a sports breakfast meeting with President Akufo-Addo the Minister stated that the Black Stars participating in the two tournaments will cost the country a quarter of a million- dollars, GhanaWeb reported.

“These campaigns require a substantial amount of investment to be able to execute this mandate, approximately $25 million and government alone cannot shoulder this responsibility at the expense of other sporting disciplines.

“Supporting the Black Stars will enable the government to use the sports budget to support other disciplines especially as we gear towards the Tokyo Olympic Games," the Minister stated.

But interacting with the Minister on the subject when he appeared on the Kokrokoo show Thursday, Chairman General, as he is affectionately called, asserted that the country has already infused a lot of money into the success of the senior national team, though no trophies have been won in close to 40 years.

He, therefore, questioned what the current Black Stars can achieve for the country with that huge amount when they are able to raise it.

"$25million is a lot of money and the reason we all seem to be tired is that when they go, they don't bring anything home. I know we'll make all the noise but eventually, you will find this money anyways, so what can you promise us, can we tie you down to this money?," he questioned.

In response, Mustapha Ussif said although no trophies have been lifted a long time, the participation alone has won potential benefits for the country. According to him, Ghana has achieved that "football nation" tag and its players have continuously gained continental and global recognitions.

He said with thorough preparation and good planning, Ghana can win the next AFCON title.

"Yes we admit for about 40years we haven't been able to bring any trophy home but at least, it has given us mileage. We think that is necessary for our national teams to participate in these tournaments. It is our vision that per our preparation and everything we can win this next AFCON.

"That's why are not waiting till January 2022, if we want to go and perform, it is necessary for us to plan and gather ourselves and go and play. This is all we are asking from you as a nation," he said.

Hon. Ussif used the opportunity to thank the President for believing in him and availing himself at the breakfast meeting to speak to cooperate institutions to come onboard with their support.