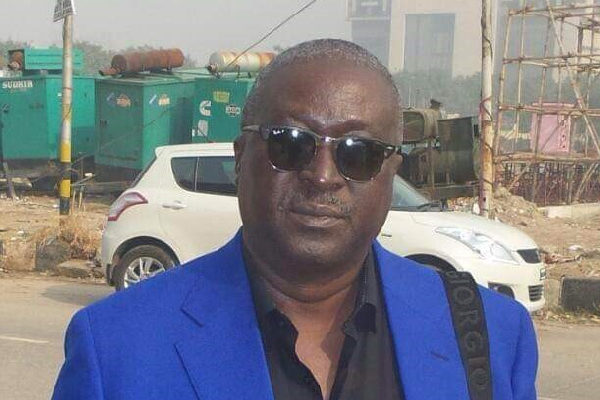 He told Bole based Nkilgi FM that, he has stopped engaging “people who don’t think before talking” and so, he will not go into an argument with Wontumi.

He said, “You (Alfred Mahama) didn’t have a car when your brother was President. I used to feed you. I have fed you before and you want to talk bad about me?”

But in a reply, Alfred Mahama said, “Charman Wontumi never fed me when my brother was President and in any case is he still feeding me now that my brother is no longer President of Ghana?

“You people already know me...I have Landcruiser and Landrover discovery…to him cars are important. We have seen cars since childhood.”

Mr Mahama than asked, “what did he feed me with?”

The NDC flag bearer's brother noted Chairman Wontumi had pleaded with him earlier that he wanted to see his brother [to] discuss some issues related to mining with him when he was the president of Ghana so he led Wontumi to him.

He, however, expressed his complete surprise about how Wontumi boastingly talks about a special invitation from the former president, instead of being truthful about how he approached him with humility and in dire need for immediate help on his mining business.

Alfred Mahama said, upon listening to the young man, he decided to assist him regardless of his political party affiliation, although he didn’t know that Wontumi was a strong NPP member at that time.

He revealed that his brother [John Mahama] declined the young man’s mining business proposal because of the inclusion of his thousands of Chinese nationals in the small-scale mining operations.

Alfred Mahama said, “From where I come from, I am always ready to support anybody who has the potentials to advance the name of Ghana in any field, irrespective of which political party or background of that person”.

He indicated that in 2012, he travelled with Wontumi from Kumasi to Tamale purposely to meet his brother who was then the President of Ghana. It was a time that he thought the young man had the opportunity to present his mining proposal to him in person. Unfortunately, the small-scale miner couldn’t technically and professionally convince the former president so he rejected his plan.

He said the Ex-President then advised that small-scale mining in Ghana is reserved for only Ghanaian citizens so he would rather be pleased with a proposal that would enable only Ghanaians to operate in an environmentally friendly manner without any foreign national involvement.

“Wontumi began to insult my brother publicly after his thousands of Chinese agents were part of the over 7,000 deported illegal Chinese miners from the country. Wontumi is a 'galamsey kingpin' and his party has no control over him”.

Alfred Mahama has admonished the NPP Ashanti Regional Chairman to be circumspect in his utterances towards the former President and his running mate, Professor Jane Naana Opoku-Agyeman.

He advised that Chairman Wontumi should endeavour to show respect to the elderly in the society if he wants to progress in his personal and political career.
nkilgifmonline