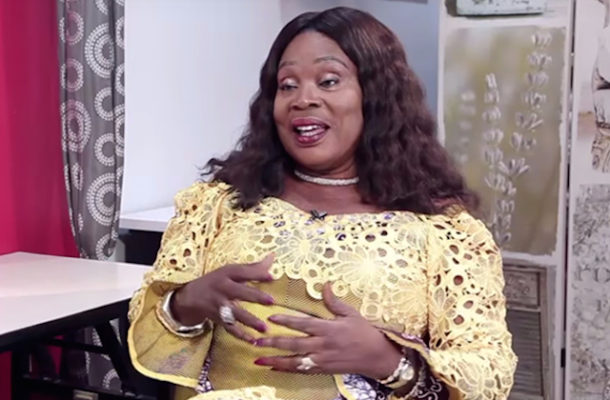 She made the comment to eulogize the veteran actress when she appeared on the popular weekend entertainment show yesterday [November 20, 2021].

“Ei well done, Maame! As I watch you wearing that sleeveless blouse, you appeared to me like a slay queen in this modern world. In fact, you were the slay queen of your time,” Surprised McBrown said after airing some episodes of the Obra drama on her show.

Maame Dokono was invited to the program to share her life story.

The conversation was centered on her career, filmography and personal life.

Speaking on her career, Maame Dokono revealed she said she went through the ranks to become one of the most sought-after actresses of her time. This according to her, was when she starred in and produced the 1980s/1990s Akan drama series Obra on GTV. She also spoke about how she eventually ended up with a radio developmental talkshow on Choice FM to fight for women and children.

She mentioned By The Fire Side, Obra, Keteke, Kwaku Ananse, I Surrender, Power D, Children of The Mountain, Matters of the Heart, John and John, Crossfire, Sacrifice amongst others, as the list of films she has appeared in.

Speaking on her personal life, Maame Dokono disclosed she married twice and had six children who she said are all alive. According to her, she had four children with her first husband and two with her second husband. Her relationship with actor David Dontoh was not swept under the carpet. She said they dated for over 10 years, revealing that she went into that relationship as a form of finding security because some women were chasing after her to engage in lesbianism.