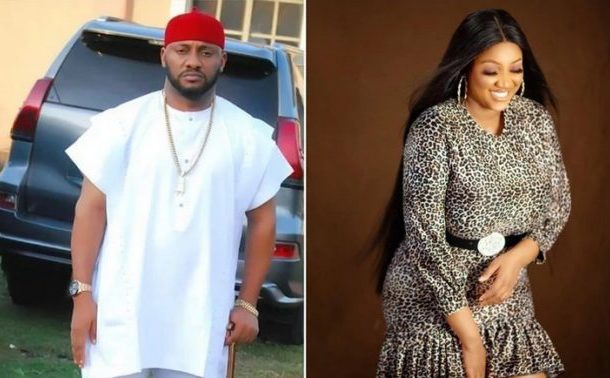 The second wife of embattled Nollywood actor, Yul Edochie has broken her silence.

Judy Austin Moghalu, also an actress is contemplating telling her side of the story.

Mr. Edochie on Wednesday, April 27, 2022 broke the internet when he posted photos of Ms. Moghalu and her son as the latest additions to his family.

The shocking announcement was greeted with criticism by many including his first wife, May Edochie, who called him out.

Many have also questioned why Judy will destroy a family built for the past 16 years.

But the voluptuous actress said she will tell her side of the story at the right time.

Judy Moghalu however expressed shock at the love shown her in spite of the public backlash.

“There’s this saying that there is no smoke without fire and it takes two to tango, but most times in Nigeria, we don’t have that kind of patience to hear…” she said.

Listen to Judy in the video below