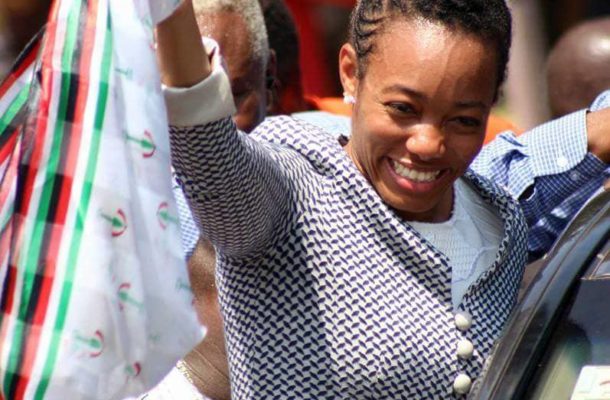 Incumbent Member of Parliament for the Klottey Korle constituency, Zanetor Rawlings, has been given the nod by delegates of the National Democratic Congress (NDC) to lead the party in the 2020 parliamentary elections.

Her other contenders who were Mr Leeford Kpakpo Quarshie and Muhammad Bashiru Nii Armah also won 336 and 260 votes respectively.

The defeated candidates both accepted the declaration and congratulated the winner for her victory.

Dr Zenator Rawlings expressed her gratitude to the constituency members.

In September 2015, Dr. Agyeman-Rawlings made her political debut by filling her nomination to contest the Klottey Korle parliamentary primaries as a Member of Parliament, running against incumbent Korle Klottey MP Nii Armah Ashittey and Leeford Kpakpo Quarshie.

She won the November 2015 primaries and went ahead to win the seat in the December 7, 2016 elections.