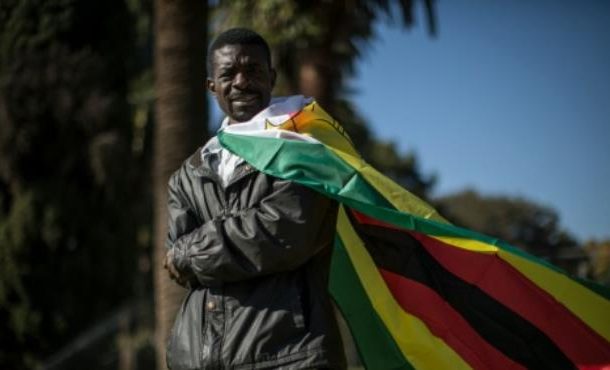 Zimbabwe on Tuesday warned against the production, sale and use of the national flag without official permission after activists turned it into a symbol of anti-government protests.

The national flag became a symbol of anti-government protests after evangelical pastor Evan Mawarire posted a video in April in which he appeared with the flag wound around his neck as he bemoaned the country's worsening economic crisis.

Mabhiza said she was "concerned with increasing incidences whereby members of the public have been using the national flag in a manner that is prohibited by the constitution".

The warning came as the country experiences a surge in protests against veteran President Robert Mugabe's rule amid a worsening economic situation which has seen banks running out of cash and the government failing to pay its workers on time.

Protesters are also demanding a raft of electoral reforms ahead of general elections scheduled for 2018.

The campaign triggered a spike in demand for the flag with vendors selling the national colours in a variety of shapes and sizes.

Mawarire was arrested following street protests which shut down schools and offices and paralysed the public transport system.

He was released after a court threw out charges that he had attempted to overthrow the government.

Mugabe singled out Mawarire, warning him sternly against further protests.

Mawarire is in the United States where he is leading protests against Mugabe at the UN general assembly in New York.