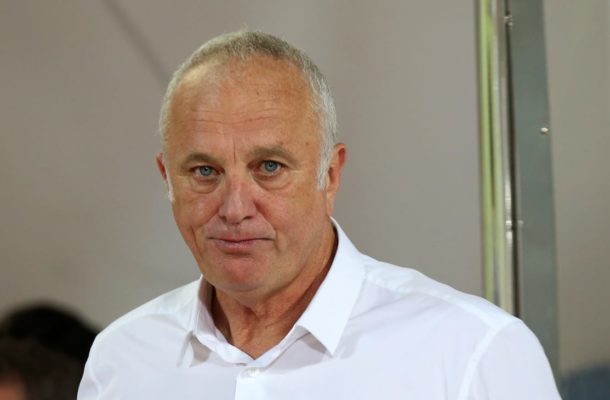 Sydney: Almost 12 years after both he and the Socceroos made their AFC Asian Cup debut, Graham Arnold is relishing leading Australia back to the continental championship.


Now in his second spell at the helm, Arnold will oversee his country’s challenge at the AFC Asian Cup UAE 2019 hoping to surpass the quarter-final showing in South East Asia and build on his own success as a coach in the ensuing dozen years.

““It feels great,” he told the-AFC.com of his return to the competition. “In 2007 I was the interim coach and I probably didn’t deserve to be in that job and that role at that time, but I have gone away and worked hard in club land and I feel that I deserve the role this time. So, I am really looking forward to the challenges ahead.

With Arnold at the helm, the Socceroos were playing in their first-ever AFC Asian Cup in 2007 after the country had secured Asian Football Confederation membership 18 months earlier.

Arnold’s team opened their 2007 campaign with a draw against Oman before a loss to eventual champions Iraq left them needing to win against hosts Thailand in their final group game to advance to the knockout rounds.

That encounter ended in a 4-0 Australian victory that set up the quarter-final meeting with the Japanese, who prevailed in Hanoi in a penalty shoot-out that ended the Socceroos’ involvement.

Arnold stepped down from the head coach’s role soon after to work as Pim Verbeek’s assistant coach at the 2010 FIFA World Cup Finals. He then experienced success with Central Coast Mariners, who he led to the A-League Premiership in 2013, before winning back-to-back Premierships with Sydney FC in 2017 and 2018.

That prompted a return to the helm of the Socceroos following Bert van Marwijk’s departure at the conclusion of the 2018 FIFA World Cup Russia and the former striker is overseeing a rebuilding job following the loss of stalwarts Mile Jedinak and Tim Cahill to international retirement.

“They were obviously great leaders for Australia and they did a great job for Australia and we have nothing but respect for them, but Timmy is 39, Mile is going on 35, and football is becoming more of a young man’s game where you need a lot of mobility and speed on the pitch,” he said of the recently departed duo.

Australia go into the tournament as defending champions after claiming their first continental crown on home soil four years ago with victory over Korea Republic in the final at Sydney’s Stadium Australia.

The Socceroos begin their Group B campaign against Jordan in Al Ain on January 6 before facing Palestine and Syria, but while hopes are high that the Australians will mount a successful defence, Arnold does not feel there is any weight of expectation on his team to retain the title.

“In our preparation we have played against Kuwait and Lebanon who are very similar to the three nations that we have drawn in the group.

"The good part of that is that we are playing three teams that play a very similar style. We will do our preparation and our analysis as well, but it is all about us. It is about our attitude being right, us being ready for those games, preparing properly, and going out and expecting to win every game.”