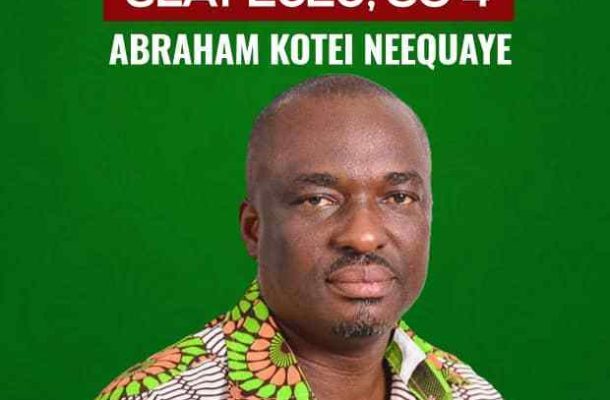 His endorsement shows the constituents dissapointed in the current Member of Parliament (MP), hon. Ahmed Arthur and the abysmal performance of the Akuffo Addo led administration.

According to report  by the ghanaiandemocrat.com, the constituents are yearning for alternative candidate who can relate to people and heed to their plight.

Some NPP executives in the area who spoke on condition of anonimity slamed their MP of devisive and nothing to offer the constituency since he was voted into office.

For them, the NDC’s rumuors has been good to all people irrespective of one’s political affiliation.

They revealed their intentions to work for him in the general elections if he wins the NDC parliamentary primaries.

Meanwhile, when this portal contacted Mr. Neequaye on why he is contesting for the NDC primaries, he said Okaikoi South has suffered for a very long time.

He is coming to the political limelight to use his bargaining and negotiating skills to get the youth jobs and development of the area.

Rumours as he is known, was very optimistic of winning the NDC primaries and snatching the seat from the ruling NPP.

The stealing tactics used by the NPP in any elections, according to him would no longer be entertained in Okaikoi South.
He therefore urged the the Electoral Commission to conduct a clean election to avoid any trouble.