10 phrases men say when they are into you 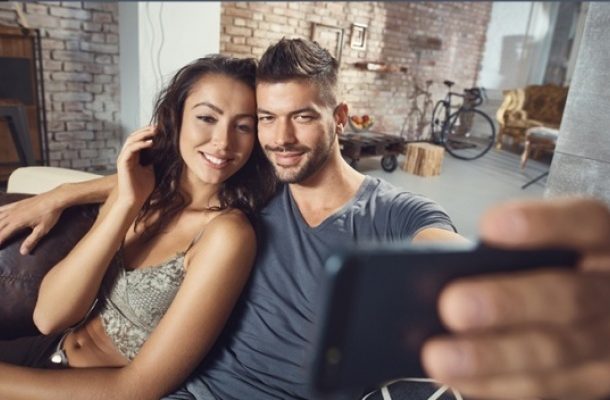 There is a misconception that men are less expressive and verbal in comparison to women, but that’s not true.

It honestly depends on what kind of person you are and how you have been socialised. Speaking makes only 25% – 30% of a person’s communication. 70% is all tone of voice and body language.

Not all women can express themselves very well either, so how is it that you show the other person that you like them.Women tend to give eye signals to the people they like, same goes for men. You can look into someone’s eyes and tell many things. They say if someone likes you, their pupil dilates every time they see you.Men in comparison and majority can be straightforward they say, but how true is that? It’s not necessary that they mean what they are saying. There are ways they show it; no one spells it out.Men want to convey many things, but they just do it differently, one has to learn to read between the lines.Now here are a few sentences that you should catch to find out that he is into you."I noticed you"Someone who is into you will notice the small things that you do in a day. Something like how you tie your hair or what your eating habits are, or even the way you talk or walk. And it's only someone who is paying such a keen attention to you who will only notice these things and voice them out."I can help you with that"It is inherited for a man to feel that he is needed in some ways or the other. Therefore, if he is constantly trying to help you, it means he wants your attention and wants you to need him. They feel important if you ask him for help, they do not want random women asking them for favours and running errands for them. Therefore, the next time a guy is offering to help you, he likes you."This reminded me of you"Now it is tough to come out and just say it; a person usually uses subtle ways to deliver how they feel about the other person. There is a sense of insecurity and the fear of rejection, which is why it is always a smarter move to gauge a person’s response when you deliver the same message to them in a subtle manner. So if a guy tells you how something reminded him of you, that’s pretty evident that he has been thinking about you."What are you doing? Where have you been?"If a guy wants to know where you are, it is not to stalking the life out of you (Unless he is the crazy, clingy kind) – he just wants to start a conversation and know what your day is like. What you have been doing and how you spend your time. He seeks to share that information because he is interested to know everything about you and get to know you better."You look great"Now we have heard women complain a lot, about how men do not compliment them that often or it is just in the beginning. If he compliments you in the start of you getting to know each other, it means that he likes you and is trying to voice it out. You look great to him, and he is attracted to that. He at the same time does not want to make it super obvious that he is for you as it is no one’s business. However, take that compliment, because he does genuinely mean it."I'll be there for you"Now this phrase has been repeated so many times that it is almost taken for granted. However, in the actuality of it, everyone wants someone who is there for them unconditionally. And if someone says that they want to be there for you and will be – hear them out. No one will make such a bold statement unless they like you or are fond of you. They want you to talk your heart out to them and confide in them. They want to get closer to you, and this is the greatest way one can do that. He wants to know more and more of you, be it secrets or your troubles or just the way you think."I miss you"Not all men just throw this phrase out as its deemed to be a ‘sensitive and emotional’ thing to say. Men have been socialised differently, and not all of them are comfortable in accepting how they feel, let alone voicing them out. If I tell her that I miss her, she might think I’m weak. So there you have it, if someone voices it out – it certainly is a big thing. And if he has gathered the courage to come out and just say it, he has fallen for you."I am upset/worried"As I mentioned before, men have a difficult time accepting their emotions and voicing them out. They are dysfunctional ways of coping as they have had a hard time in the society being human and feeling like any human does. Being a man about it has made them repress their emotions a lot. So when a person is upset, and he wants to talk about it that in his ways are a big step. It takes a lot for him to do that in comparison to how easy it comes to women because they are used to doing it and don’t get bashed for doing so. If he is showing his vulnerable side to you, he wants to take this somewhere."I was talking to mum"Men avoid talking about their family, as they are afraid that women will jump to conclusions, and they do not want that unless they are extremely sure about it. If they do not want to show you their vulnerable side, they will not talk about their family. If they do end up talking to you about it, it is a big step.He gives you nicknamesIf he is giving you funny or cute nicknames, then he is fond of you. He thinks you are the one and wants to be with you. It pretty much means that he wants to make you his.Source:Change Post