10 Signs he's is selfish under the sheets 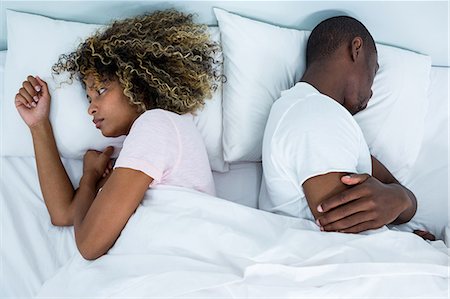 Not everyone is good in bed. That’s OK. We can’t all be good at everything. What’s important is that we all try our best in everything we do.

But some people just don’t. They coast through life oblivious and uncaring. It’s bad enough to meet these people at school or work. It’s arguably worse to deal with them between the sheets.

• His foreplay game is virtually nonexistent. He doesn’t bother trying to warm you up. Maybe a little bit of making out and he jams his hands down your pants and then it's on to the main event. Opening acts exist for a reason!

• He only wants his positions. He has his favorites, and they’re what you tend to find yourself in, even if you’ve told him they don’t really work for you or simply want to switch it up.

• He finishes FAST. He treats sex like its the 100 meter dash. He’s pumping away, it’s doing nothing for you, and all the sudden it's over. He’s the Michael Bay of boning.

• And when he’s done, it’s over. Don’t expect him to stick around to make sure you get yours. He’s either getting dressed or immediately falling asleep.

• He has a lot of unwarranted opinions and feedback for you. This guy could use a lot of pointers, and yet he wants to let you know what you could do differently. Or worse, he wants you to shave or bleach because it’s what he likes.

• He doesn’t care about his own hygiene. He smells like a dumpster and has unkempt, hairy balls. It’s like a literal dumpster with hairy balls is plugging away at you, and you're just not into that.

• He doesn’t help you clean up. It’s the equivalent of cooking dinner for him and then having to do the dishes too.

• He pushes you to have sex even if you’re not in the mood. Instead of expressing empathy when you explain that you're exhausted from work or have been down lately, he makes you feel like you're failing as a partner because you're not trying harder to get in the mood (which, surprise surprise, makes you even LESS into boning). He just needs to get off–your feelings come second.

• He doesn’t see a problem with any of this. You’ve tried to talk to him about these things, and he brushes you off. At best, he passively says he’ll try more and then doesn’t change any of his behaviors because he still values his own pleasure above yours.