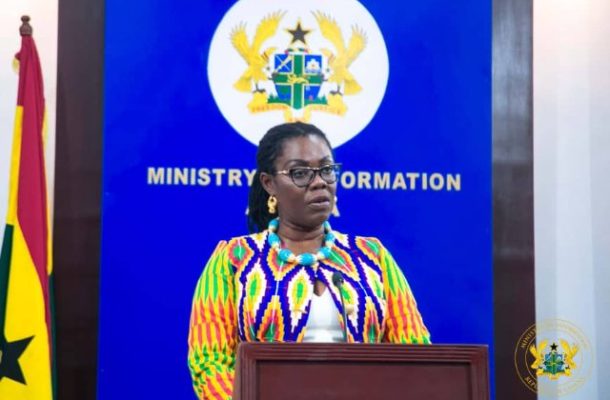 The Communications Minister has disclosed that the Criminal Investigation Department (CID) estimates that in the reported cases of cyber incidents, victims both individuals and businesses, lost about $105 million in 2018.

Ursula Owusu-Ekuful said figure excludes indirect costs as well as other incidents which were not detected and/or reported to law enforcement and other regulatory bodies.

Cyber-attacks continue to undermine digitalization efforts globally. In July this year, Bulgaria, with a population of seven million became the target of a cyberattack that compromised the systems of its National Revenue Authority and exposed the National Identification Numbers of five million adult citizens.

Records on revenues, tax, and social security payments dating as far back as 2007 were compromised. Maersk offices globally and the banking sector in several countries have suffered cyber-attacks.

Reports of cyber interference in and hacking of electoral processes are increasing and a few weeks ago, the Brazilian president and hundreds of others had their cell phones hacked into. Residents in Johannesburg, the largest city in South Africa, were left in the dark for hours after the city’s power company got attacked by a ransomware virus which prevented prepaid customers from buying power.

Recent figures reveal that Cybercrime cost the global economy as much as $600 billion in 2017 and experts have predicted that, the cost of cybercrime is likely to hit $21 trillion by 2021 and 74% of all businesses can expect to be hacked in the coming year.

Most African countries including Ghana are extremely vulnerable and are likely to have a greater share of these losses. Lack of IT standardization, lack of required skillset, inadequate technical measures, lack of general awareness on cyber risks are some of the reasons why Ghana we are all at risk.

Obviously worried, the Minister recounted the recent unauthorized interference with the Computerised School Placement System and “the ensuing chaos that was orchestrated by some elements of our society at the Black Star Square is one incident that comes readily to mind.”

“The list is endless. Similar incidents occur each day and Ghana needs to take proactive steps to protect its digital ecosystem. GIFMIS, HRMIS, e-governance infrastructure in health, education, the judicial service, procurement, payment systems, security systems, utilities etc. are all at risk of cyberattacks,” she said.

Mrs Owusu-Ekuful said attacks on the country’s Critical National Information Infrastructure (CNII) will result in a significant impact on the critical services and affect the lives of Ghanaians.

“Cybercrime is the easiest way for criminals to perpetuate crimes using the same medium we use for our day to day online activities. It provides anonymity and is not limited by geographical boundaries,” she said.

“Government has taken a number of steps to scale up Ghana’s cybersecurity readiness and protect the Critical National Information Infrastructure (CNII),” she said.