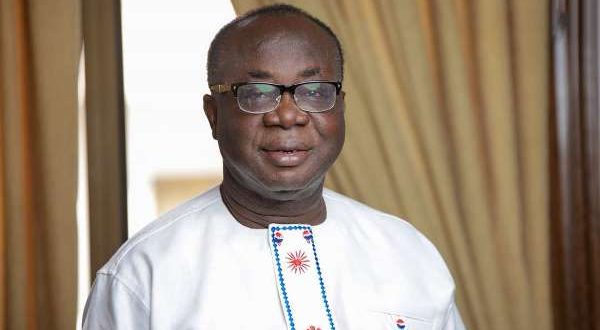 Spokesperson for the acting New Patriotic Party (NPP) chair, Richard Nyamah has debunked claims that the NPP National Chairman aspirant, Freddie BLAY is buying votes ahead of a crucial election through his plan to buy 275 buses for the party.

Richard Nyamah believes the candidate must be applauded and not criticized for his job-creation initiative.

Criticisms came from four-time failed NPP National Chair aspirant Stephen Ntim who has said if Freddie Blay really loves the party he would not have waited for elections to bring in the buses.

The 275 buses is a plan which Freddie Blay put before the party as a means of ceating self-sustaining constituencies.

The buses will be given to STC to add to its operational fleet as a leader in long-distance transportation. A bank account is expected to be opened in the name of each constituency so that as the STC works with the buses it pays some monies to the constituencies to be used for running party activities, his campaign has explained.

Three days to the NPP Delegate Congress, the Freddie Blay team has confirmed a 100 Toyota Hiace buses in 50 containers arrived in the country to be cleared.

175 others are expected to arrive within weeks, Richard Nyamah said and revealed the entire commercial bus project is at a cost of more than $11million.

He said Freddie Blay has made a $3m down-payment and some financial institutions have agreed to finance the rest. The buses will be paid for, fully within two years of its use by STC.

"It is a very good business model," he said and touted it to other political parties as a solution to the problem of fundraising for political operations.

The spokesperson rejected claims it amounts to an abuse of incumbency for a governing party to go into commercial ventures as Freddie Blay has done.

"I thought [it] will rather be seen as contributing to the growth of STC", he said.

Richard Nyamah argued, 275 buses means 275 additional drivers and bus stewards and several new job opportunities at STC which has seen a rejuvenation after many decades of stagnation.

In effect through Freddie Blay, STC would make more money and the government can get more revenue, he said, adding, several private individuals and companies are in similar arrangements with the transport company.

He said the project does not put any financial obligation on the NPP which only approved of Freddie Blay's plan.

"If anything goes wrong his head is on the line" he told Joy FM Newsnite host, Evans Mensah.

He would not explain if the $3m down payment was paid from Freddie Blay's personal finances but noted the experienced politician is "not a man of straw".

He said whether the monies were raised through family, friends or business partners, Freddie Blay was the one who eventually paid the money as a guarantee.

Freddie Blay has been acting as National Chairman since November 2015 after the elected leader, Paul Afoko, was suspended over what some say were his questionable loyalties to the party.

Freddie Blay entered parliament in 1997 on the seat of the Convention Peoples' Party (CPP) as MP for Ellembele constituency and was elected Second Deputy Speaker of Parliament from 1997 to 2001.

After 11 years in Parliament, he crossed carpet to the NPP in 2008 and has since enjoyed an unlikely rise in the party.

He was elected First Deputy Speaker of Parliament in 2005 under the NPP government of President John Agyekum Kufuor but lost his seat in 2008 to the NDC.

The seasoned politician wants to crown his sterling political career by leading the NPP into the 2020 elections.